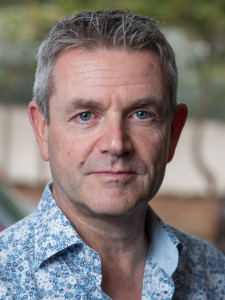 Miss Scarlet and The Duke‘s Irish prodco ShinAwiL is working with two Swiss outfits and Mirage screenwriter Bénédicte Charles on a new drama about corruption within the United Nations (UN).

Alpha is from ShinAwiL, C-Films and Point Prod and is being written by Pascal Glatz and Christian Wehrlin, who are working alongside Charles on the series.

Swiss national broadcaster Swiss Broadcasting Corporation is funding development of the script together with its French and German speaking networks SRF and RTS.

The show, set in 1999, follows a newly appointed UN official as she uncovers a corruption scandal within the organisation and its Oil For Food Program, setting events in motion that will change her life irrevocably. It is based in Switzerland, Dublin, London and Baghdad.

The series is the latest step in a fast-evolving drama strategy for ShinAwiL, which launched its scripted division in early 2019, led by Aaron Farrell (Vikings) and former RTÉ commissioning editor for drama Mary Callery. It is currently developing a slate of projects backed by funding from screen agencies and broadcasters including the Canadian Media Fund, Screen Ireland and RTE.

The company recently wrapped production on A+E Networks International’s drama Miss Scarlett And The Duke, on which it is overseeing production for Element 8.

Larry Bass, CEO of ShinAwiL, told TBI: “I have gotten to know Peter Reichenbach from C-FILMS over the last few years through our membership of International Quorum of Motion Picture Producers (IQ) and it is fantastic to get to develop a series with Peter and Jean-Marc Froehle from Point Prod.

“We are very excited to get to work with two young Swiss writers and a writer with the calibre of Bénédicte Charles,” he added.

ShinAwiL was founded by Bass in 1999 and has been behind numerous Irish series including local remakes of The Apprentice, Dragons’ Den, MasterChef, The Voice of Ireland and Dancing With The Stars.

Zurich-based C-Films has been behind movies including Paolo Sorrentino’s Youth and TV series Buried Truth, while Point Prod’s slate includes Banking District, which spawned a US remake.