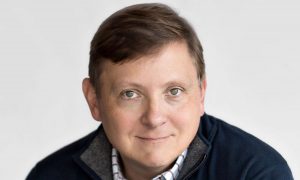 Sky Studios, the commissioning and production arm of Comcast-backed pay TV operator Sky, is launching a production services hub in the US and has appointed a Jupiter Entertainment exec to run it.

The Hive Collective (The Hive) will work in collaboration with Sky Studios’ production expertise in Europe and will have its bases in New York and Knoxville, Tennessee.

It will offer pre-production, production and post-production services for the industry, including a range of forthcoming Sky Studios shows that have not yet been revealed. Access to over 250 creative professionals will be available, offering expertise in casting, gear, wardrobe and set design, as well as transcription, media management and finance.

Robert Twilley, SVP and general manager at Sky-owned Jupiter Entertainment, becomes president of the company and will oversee The Hive’s operations including legal, financial and production operations. Jupiter is behind shows including reality crime show Snapped.

Sky said its new division is in discussions with several producers and production companies to bring projects to the new facilities this year, but declined to give further details.

Jane Millichip, chief commercial officer at Sky Studios, said: “Launching The Hive is the next step in our ambition to make Sky Studios a world-leading creative and production force and home to the industry’s best talent.

“We already have over 50 shows in production across Europe and the agile approach of The Hive will help us, and other producers, get great ideas and unique stories in to production quicker. Under Robert’s leadership, The Hive will quickly become a vital resource for the industry with ambitious plans for expansion.”

Twilley added: “Our aim is to help make any producer’s vision a reality. In today’s competitive marketplace, it’s crucial to balance cost-effective solutions with a first-in-class operation. The Hive provides producers the opportunity to put more money on screen, maintain their identity and grow their brand.”