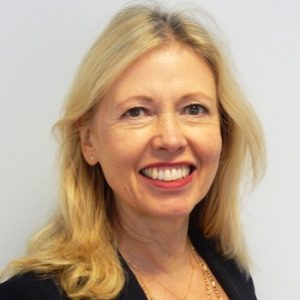 DCD Rights has helped to finance a slate of four factual projects heading to MIPCOM through its Producer Support Initiative.

The UK-headquartered distributor has secured production funding for 45 hours of new series through the initiative, which offers prodcos commercial and market-sensitive editorial guidance to finance projects. The latest batch of projects adds to the 55 hours of programming created to date.

The undertaking shows DCD Rights joining the growing ranks of distributors taking an editorial lead on projects, with some even greenlighting certain titles themselves, with the confidence that they can then sell them on to broadcasters and platforms with a specific need.

All projects are to premiere at next month’s MIPCOM market in Cannes.

Disasters Engineered explores the stories behind the world’s greatest engineering disasters, including the likes of Chernobyl, Deepwater Horizon and Challenger. It asks how and why issues arose and what the engineering community has learned from the mistakes made.

10 Steps To Murder features stories told in the present tense in a unique documentary format that traces, step by step, the path of both a killer and their victim in 10 real murder cases.

Elsewhere, The Day My Job Tried To Kill Me goes behind the headlines of some of the world’s most infamous workplace disasters and talks to survivors and witnesses of how that moment changed their lives forever.

Finally, Wildest Places explores incredible natural habitats on the planet and the diverse range of wildlife within them. Covering the Pacific, Antarctic and Australia, it includes never-before-seen footage filmed over more than 10 years.

All four titles will debut at next month’s MIPCOM market in Cannes.

Nicky Davies Williams, founder of DCD Rights, said: “At DCD Rights we believe that in today’s multi-platform and mega-budget world, it’s vital for enterprising production houses to tell the world important stories that would otherwise be left untold. Through our Producer Support Initiative we work with producers to help to secure the necessary budget to get these shows made.

“Leaving the creatives to create, we provide editorial support and guidance that uses our long-held international experience and contacts to determine which series will work and then source the funding – be it soft money through subsidies or tax breaks, or through independent investors and then seeking partnerships with broadcasters. It’s a great formula and one we intend to continue to expand in the coming months.”

Will Hanrahan, founder and creative director for FirstLook TV, added: “Combining powerful reconstructions and interviews, 10 Steps to Murder is a gripping factual series that forensically traces 10 real-life murder stories. We’re delighted to be working with our friends at DCD Rights to bring this compelling true crime series to audiences worldwide.”

Daniel Sharp, director and producer at SWR Media, said: “The Producer Support Initiative has given us an exciting opportunity to work with DCD to create a thrilling series covering some of history’s most important and catastrophic engineering disasters. The vast catalogue of historical footage made available to us, alongside unique interviews with industry experts and academics enabled us to tell these stories in a truly exciting way.”