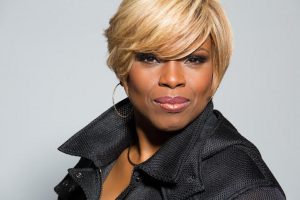 All3Media’s US division will collaborate with the Relevé team on content and expand its reach by using the Liberty Global and Discovery-owned giant’s production, post-production, and distribution resources, as well as its international operations.

Details of the deal have not been revealed but All3 said the partnership would see the producer, which is behind the Preachers Of… franchise for Oxygen, become a “member of the All3Media America group.”

Carter, who managed musical talent including Usher, Kirk Franklin, and Michelle Williams, will continue to develop unscripted and scripted projects focused on music, community, faith and family. The company has previously been behind Love & Listings on VH1 and The Next Big Thing on BET, while its forthcoming series include musical biography The Clark Sisters: First Ladies of Gospel for Lifetime.

Carter, founder and CEO of Relevé Entertainment, said: “I’ve had the blessing of working with some of the greatest talent in the world, musical and otherwise, and I want to reach more people with their stories and voices. Relevé is partnering with All3Media America to make that happen.”