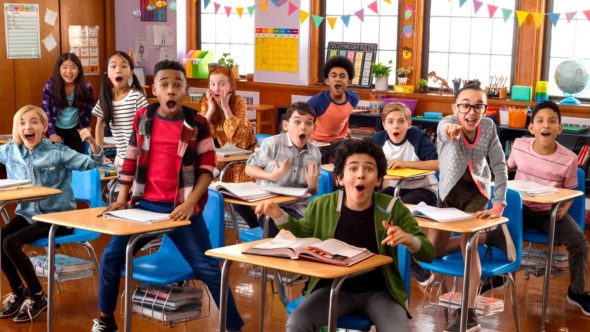 Nickelodeon has bolstered its unscripted slate with a holiday-themed competition series and a full series pick-up for The Substitute.

The Viacom-owned channel has commissioned Ugly Brother Studios and Main Event Media for 5 x 60-minute series Top Elf, which features seven kids with top building and design skills facing off in a number of holiday-themed challenges to build toys.

Other executive producers include Bob Schermerhorn and Lisa Fletcher, with the latter exec also serving as showrunner. Michael Pearlman will direct the series.

Elsewhere, Nickelodeon has handed a 10-episode series order to hidden camera prank show The Substitute, which is currently in production after airing as a pair of specials earlier this year.

Produced by Industrial Media’s The Intellectual Property Corporation, the show features stars who undergo special effects make-up to go undercover as substitute teachers and camp counsellors, ultimately surprising kids at the end of a full day. After each reveal, each organisation receives a $25,000 donation.

The show is set to premiere in October. Executive producers on the show include Eli Holzman, Aaron Saidman and Todd Hurvitz, with the latter serving as showrunner.

Following the close of the long-awaited merger between CBS and Viacom, Nickelodeon will now sit within the ViacomCBS portfolio of channels, alongside CBS, Showtime, MTV, BET, Comedy Central and Paramount Network.

Rob Bagshaw, EVP of unscripted content, said: “Giving our audience a range of unscripted content in different formats is one of our top priorities. Top Elf is an irresistible opportunity to celebrate the holidays with a uniquely comedic approach to a high-stakes competition. Our first new format from this division earned high marks from our audience, so we’re very pleased to order The Substitute for a full series.”