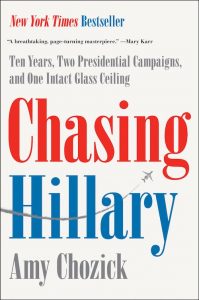 Netflix has handed out a commission for a political drama based on New York Times journalist Amy Chozick’s book Chasing Hillary and ordered a Swedish scripted series from Lisa Langseth (Euphoria).

The Girls on the Bus will follow four female journalists as they track presidential candidates in the US and is being exec produced by Greg Berlanti and Sarah Schechter at Berlanti Productions.

While the series will explore themes from Chozick’s book about Hillary Clinton’s 2016 presidential run, it will not be based on either the US politician or the election, which was ultimately won by Donald Trump.

The drama is the latest foray into politics for Netflix, which unveiled its first slate with Barack Obama and Michelle Obama’s Higher Ground Productions earlier this year.

Elsewhere the US streamer has ordered Swedish drama Love & Anarchy, which has been created by Lisa Langeth. It is from local outfit FLX and the team behind fellow Netflix show Quicksand, including producers Fatima Varhos and Frida Asp. 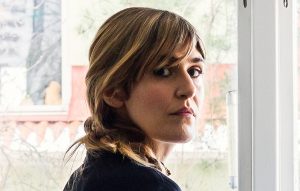 The eight-parter features a career-driven consultant and married mother of two who gets an assignment to modernise an old publishing house, where she meets a young IT technician.

An unexpected flirting game begins, with the duo secretly challenging each other to do things that question modern day life. It starts innocently enough, but as the game gets more and more daring the consequences grow beyond proportions.

Tesha Crawford, director of international originals at Netflix Northern Europe, said: ”We instantly fell in love with this female-led project.

“Not only does the story follows a strong female character, we are also happy to team up with the talented Lisa Langseth and continue the great collaboration with FLX. We are looking forward to bringing this show to life with this amazing team.”

Asp and Varhos, producers of Love & Anarchy, added: ”To continue our great collaboration with Netflix, with a project like Love and Anarchy, and having the honour to work with Lisa Langseth, one of Sweden’s most interesting and talented directors, is a dream come true. We are so happy that Netflix has the guts and faith to work with us on an original idea and we’re going to have so much fun.”