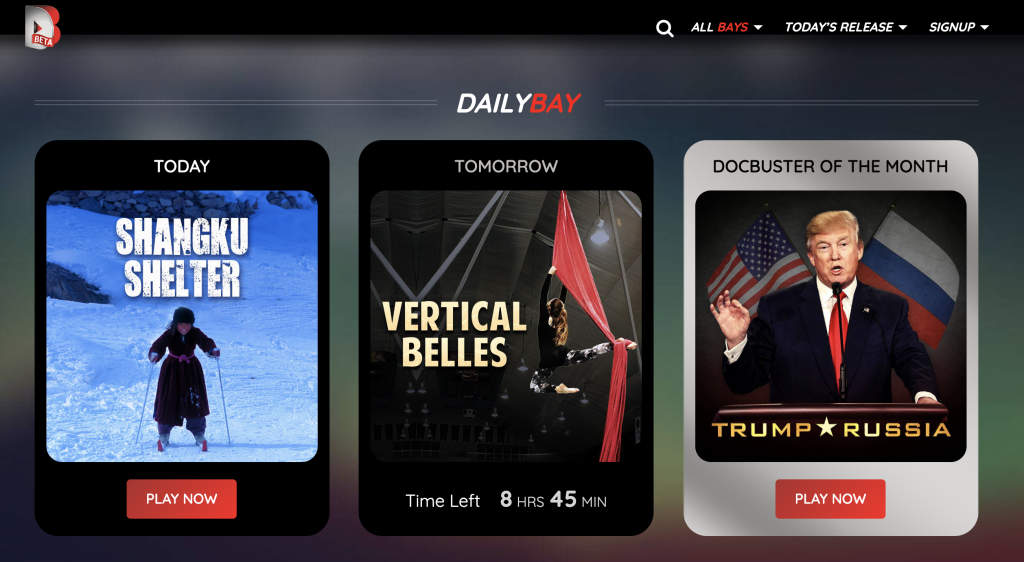 The platform is backed by In10 Media and has been rolled out over the summer, recently striking a distribution pact with smart TV solutions provider Foxxum.

The service is now available in over 180 countries with apps for iOS, Android, Apple TV and Fire TV available, with availability on additional platforms “on the way,” according to the SVOD.

DocuBay offers documentary films on a variety of genres including culture, nature, travel, adventure, sports and biography. Titles are arranged by branded ‘bays’ such as NatureBay and CultureBay, with the company committing to upload a new film to the platform every day.

DocuBay’s library has also been bolstered by recent partnerships with Journeyman Pictures, Kwanza and Amanda Media.

Membership is offered in two different forms – a quarterly ‘Premium’ membership and an annual ‘OneTribe’ membership. The quarterly membership will cost €9.99, while the annual membership is €29.99. DocuBay’s premium offering allows viewers to stream the entire library and download up to three films for offline viewing. The OneTribe membership also includes access to 4K titles, the ability to stream on two devices at once and unlimited downloads.

Aditya Pittie, managing director of IN10 Media, said: “Mobile connectivity reaching out to the farthest corners of the globe provides a previously unimaginable potential for building businesses by capitalising on demand made scalable through global affinities.

“As a premier destination for premium documentary films, DocuBay addresses precisely such an untapped gap and will soon look at adding further value to its members through producing originals as well.”