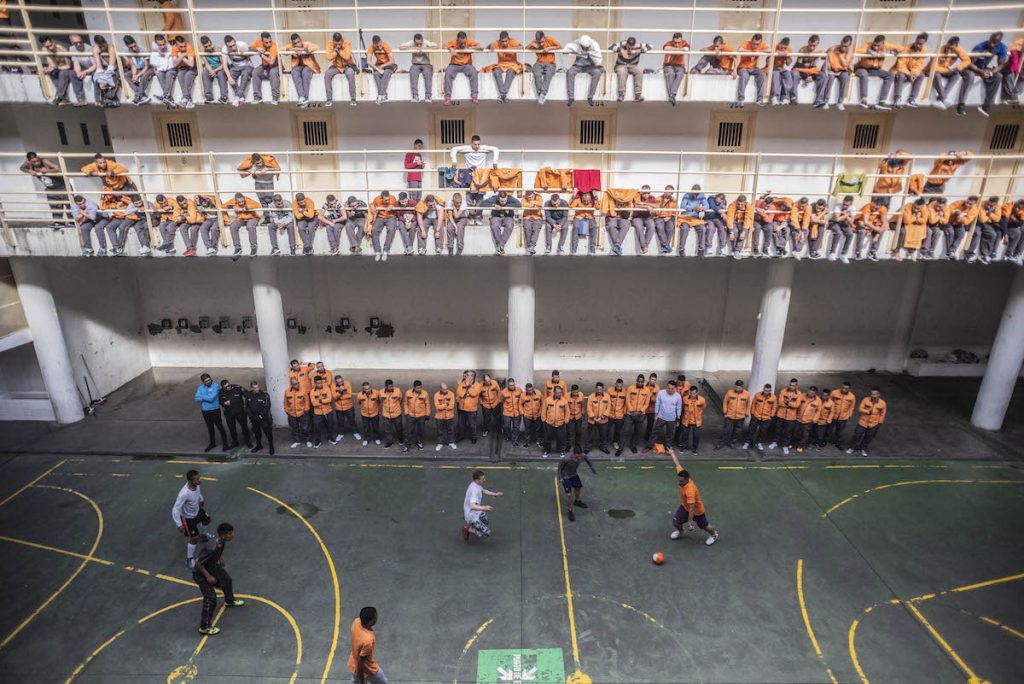 Netherlands-based 4K broadcaster and producer Insight TV is linking up with Vice Media on a show that attempts to find talented sports stars in jail.

Streetkings in Jail, which is being coproduced by Insight and Vice Studios, will launch globally on the ultra high definition network from September 10 and will follow street footballer Edward Van Gils as he visits jails around the world to find talented players.

The 4 x 44 minute show will feature football stars including Ruud Gullit (Netherlands), Gilberto Silva (Brazil), Juan Pablo Angel (Colombia) and Kevin Kuranyi (Germany), as they explore how inmates ended up in jail and highlight how sport can help them reform.

Stefan Tieleman, general manager of Vice Studios Benelux, said: “Streetkings in Jail isn’t just a series about sports – it shows the impact sports can make on someone’s life at whatever stage that might be.”

US cablenet E! Entertainment has ordered what it is describing as a half-hour “reality sitcom” that follows a local celebrity couple living in the US state of Rhode Island.

Meet The Frasers is being produced by MGM’s Evolution Media and follows a psychic medium and his pageant queen girlfriend, exploring their lives, careers and extended families.

The show will premiere in 2020 and is being exec produced by MGM Television’s Mark Burnett and Barry Poznick, with Douglas Ross, Alex Baskin, Lisa Tucker, Brian McCarthy and Meredith Prunkard serving as executive producers.

US-based BET Networks has started production on a movie for its forthcoming streaming service that follows an entertainment lawyer dealing with her rich and famous clients.

Sacrifice will star Paula Patton (Hitch) as she navigates the nefarious lives of her clients with the services of a young ex-hacker and tech genius, while also dealing with her sister, a district attorney.

The TV movie is from Footage Films and is being executive produced, written, and directed by Chris Stokes. Marques Houston serves as co-executive producer for Footage, with the show set to premiere on streaming service BET+ in 2020.