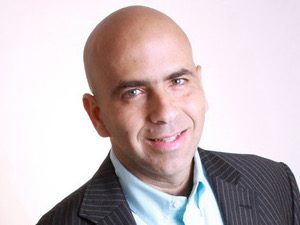 Hanono, who is to serve as VP of sales for Latin America, will be based in Miami, reporting into Dan Loewy, eOne’s recently promoted EVP of Americas for international distribution.

The exec will be responsible for sales of eOne’s film and television slate in Latin America across all linear and non-linear OTT platforms.

In addition to delivering double-digit growth in programme sales, Hanono expanded the portfolio of BBC clients in the region.

Previously, he worked at Univision, Lucent Technologies and NEC.

Loewy said: “Having boots on the ground in Miami represents a natural extension to the Latin American market. David is a smart and strategic sales executive and we are delighted to welcome him to the team. His relationships and experience in the ever-growing vibrant Latin American marketplace aligns with our efforts in the region as we continue to build our business on premium shows.”