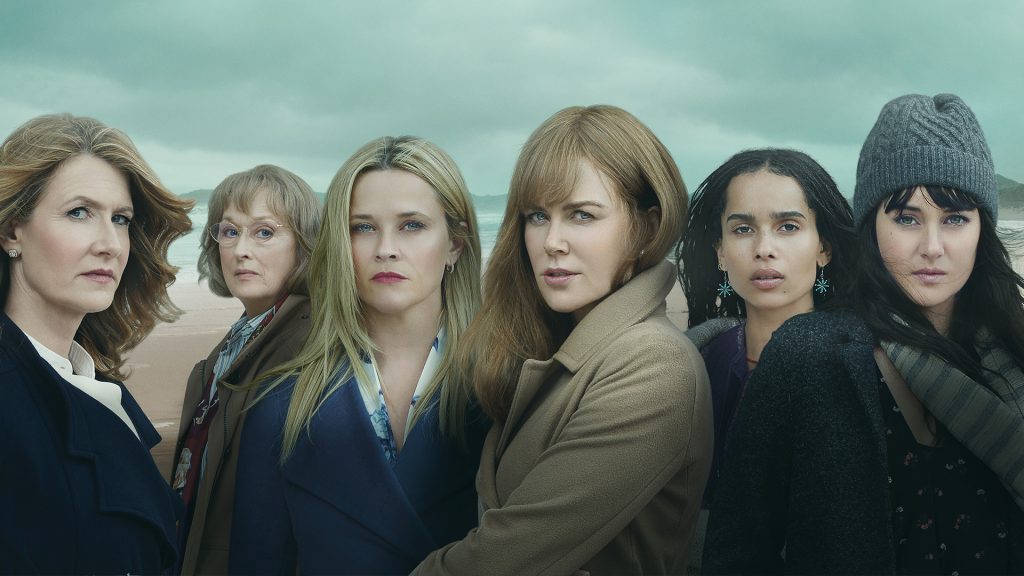 If the behind-the-scenes turmoil of HBO’s Big Little Lies has achieved anything, it has been to demonstrate the unique turning point faced by limited series that become unlimited.

The case, however unique, begs the question: can a series really be ‘limited’ anymore when the tectonic shifts rocking the industry increasingly call for returnable hits that lend themselves to SVOD-fuelled binge culture?

In July, such questions came to a head when the creative fall-out on the second season of the star-studded Big Little Lies emerged, with allegations that the work of director Andrea Arnold – the British auteur behind acclaimed indie films Red Road and American Honey – was re-cut to better align with the choppy aesthetic of Dallas Buyers Club filmmaker Jean-Marc Vallée’s debut season, which HBO execs originally intended as a one-off.

The creative community was outraged. When They See Us director Ava DuVernay tweeted that the industry was “lucky” to have Arnold, while Crazy Ex-Girlfriend creator Rachel Bloom scolded: “All these men had to do was be human beings instead of weird Hollywood robots.”

[Creators] have to say, ‘OK, I know you want more of this, but do I have more to say?’ because if you don’t, then you’re in a living hell, where on the one hand you’re happy to have the resources to make a show, but on the other hand, it’s torture because there is no reason for making this show.
-Frank Spotnitz

But for some, HBO’s decision to re-insert Vallée into the edit for season two was par for the course in a cut-throat marketplace where even a modicum of success has to be exploited to the utmost extent – and everything can come back by popular demand.

“You have the creative going, ‘This is where the characters should go’ and then there’s the network saying, ‘This is where we want it to be so it best meshes with the first season,’” explains Scott Kirkpatrick, the Los Angeles-based SVP for North and South America at Doc Martin and The White Wall distributor DRG.

“That was a wonderful story with a perfect, cohesive closure at the end, but it was so successful [and came at a time when] HBO was asking those big questions of ‘What are we going to do when Game Of Thrones is over?’ There is so much pressure for them to be performing at an [Olympic]-level of execution that it’s almost impossible to maintain.”

The end result was a discombobulated effort that, despite a knock-out performance from Meryl Streep, felt unnecessary, and serves as a cautionary tale of overt commercial needs clashing with artistic vision.

But where does that leave the future for limited series? Since 2014, when Primetime Emmy rules were changed to split the merged TV Movie and Miniseries categories due to the influx of the latter, the Outstanding Limited Series gong has gone to FX’s Fargo, HBO’s Olive Kitteridge, FX’s The People v. O.J. Simpson: American Crime Story, HBO’s Big Little Lies and FX’s The Assassination Of Gianni Versace: American Crime Story. Of these limited series, just one – Olive Kitteridge – was closed-ended.

“Not everything is returnable”

Is the limited series, then, destined to be a glorified proof-of-concept for a longer-running drama or anthology series? One LA-based feature film director transitioning into television with a high-profile Netflix show tells TBI that “anyone who now makes a limited series fully expects that a second season is a possibility if it goes well”.

“Ever since the initial wave of ‘limited series’ that got stretched into recurring ones, such as American Horror Story, you basically have to have a second season pitch ready to go when you pitch the ‘limited’ series to begin with, or you’ll have a hard time getting your series ordered at all, unless you’re a huge name.” 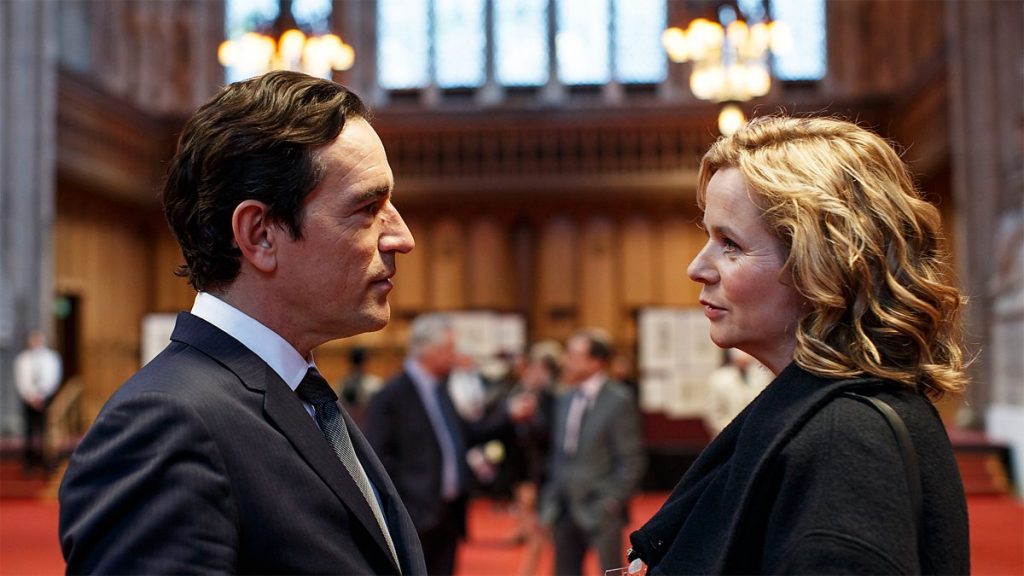 The alternative can be a gruesome undertaking.

One senior scripted exec currently overseeing the expansion of a critically acclaimed limited drama that was “100% a closed-ended story” into a second season describes a long, laborious process.

“The treatments I’ve read are taking the show in a direction that is so far off tangent,” the source tells TBI. “The major characters are gone, so unless you start to introduce them in flashbacks or memories – which always feels like a cheat – you have to introduce new characters. It’s a tough thing to invent out of nowhere, and really challenging.

“Treatments being sent to top execs at networks are now getting negative feedback. It’s just all over the place,” they add.

Amanda Coe, the British writer behind BBC One limited drama Apple Tree Yard and the forthcoming The Trial Of Christine Keeler, recalls the ravenous calls for a follow-up to the former Emily Watson-starring drama, which is based on Louise Doughty’s eponymous novel and tells the story of a secret affair that goes horribly wrong.

Treatments being sent to top execs at networks are now getting negative feedback. It’s just all over the place.

“We were all very clear when we were making it – it couldn’t have been more of a limited series. But as it was going out, because it did so well, there was a whole story in The Sun about the planned sequel and I got asked a lot if there would be a second series. And I thought, ‘Really?’, because to me, that had run its course. Not everything is returnable.”

However, Coe – who is currently writing BBC One’s adaptation of the 1947 film Black Narcissus – also understands the demand, and market need, for continuity.

“With international co-producers involved, a longer format is always desirable because it’s harder globally to sell things that are three or four parts. [Distributors] prefer for things to return because familiarity is one of the things that breaks through when there is so much content.”

But the process is a juggling act, even for distributors.

DRG’s Kirkpatrick explains, “We have to balance not just the producers and writers, but also ask whether the partner also wants to extend a series. And all of their views about what will make a second season work can be different.” 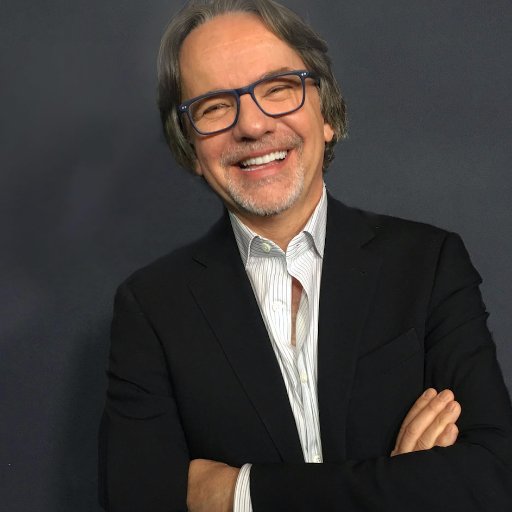 Creators need to take a stand

Frank Spotnitz, chief exec of Medici and Ransom prodco Big Light Productions and creator of Amazon’s The Man In The High Castle, points out that in scenarios where market forces are sometimes unstoppable, it falls to creators to decide how far they are willing to go with a project.

“They have to say, ‘OK, I know you want more of this, but do I have more to say?’ because if you don’t, then you’re in a living hell, where on the one hand you’re happy to have the resources to make a show, but on the other hand, it’s torture because there is no reason for making this show.”

Spotnitz cites the example of a writer who recently made a show for Netflix, only to be handed a three-season order and ultimately exit the project altogether “because they said what they wanted to say”.

“That doesn’t mean someone else won’t come on board and find something great to say, but they’re ready to move on, which you have to respect.”

The exec, who is currently in the works on a drama about Leonardo da Vinci for The Alliance of ZDF, Rai and France Télévisions, points out that the scope of what constitutes a limited series will ultimately need to change as TV drama evolves.

Perhaps, he suggests, a limited series must be thought of as a three to four-season offering, rather than a one-season arc. In that case, Netflix’s cancellations of some of its originals after three seasons on the platform could be seen in a different light.

“Increasingly, you’re going to see shows that are two, three or four seasons, or they’re just designed to be shorter because the definition of what a TV series is in flux. This is as it should be, because TV series were developed under a broadcast model and now we’re in a different world. There are all sorts of different approaches we can take now, which is really exciting.”