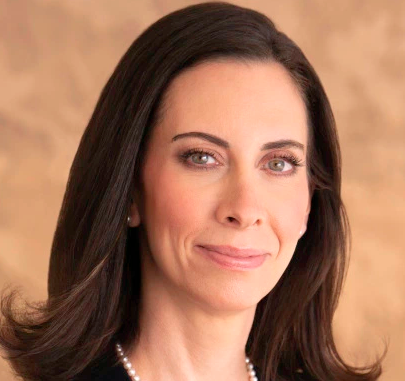 Smith, who currently serves as Tinopolis USA chairman and CEO of A. Smith & Co., will transition to chairman of the prodco, which he launched in 2000.

However, he will still be actively involved in productions, continuing to exec produce a number of franchises.

Before Banijay, she was EVP at Endemol USA, where her credits include Extreme Makeover: Home Edition (ABC) and Wipeout (ABC).

The exec will start at A. Smith & Co. in October.

Elsewhere, long-time A. Smith & Co. exec Frank Sinton has been named COO at Tinopolis USA. He will continue to oversee A. Smith & Co.’s ‘Dox’ division for documentary and factual programming.

Smith said: “Caroline’s creative instincts and exceptional relationships are two of the many reasons why she’s the perfect person to lead the next chapter of A. Smith & Co. when she joins us this fall. I have every confidence that she will build upon our hard-earned reputation for creating big, high-quality, fan-favourite franchises for broadcast, cable and OTT buyers across the ever-expanding universe of viewing platforms.”

Baumgard added: “For Arthur to pass his CEO torch to me is a great honour and I look forward to building on the great success of the company by developing, selling and producing even more global hits. American Ninja Warrior is appointment television in my home. I’m not sure who is more excited about me running A. Smith & Co. as my next chapter, me or my kids.”