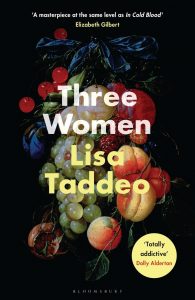 US cabler Showtime has handed a series commitment to a drama based on Lisa Taddeo’s non-fiction book Three Women.

The TV series, also to be titled Three Women, explores the lead characters’ sex lives and relationships and will be written and exec produced by Taddeo. The book, published by Simon & Schuster US, debuted earlier this year.

Jana Winograde, co-president of entertainment at Showtime with Gary Levine, said: “In this time when gender relations are under thorough reexamination and introspection, Lisa Taddeo has written the book of the moment.

“Her work fits seamlessly with the Showtime sensibility for exploring provocative and meaningful issues on screen, and we are beside ourselves with excitement at partnering with Lisa to explore these characters and themes.”

Showtime has also ordered a second season of Kevin Bacon-starring drama City On A Hill and confirmed a limited series about actor Hedy Lamarr, with Wonder Woman’s Gal Gadot starring and exec producing.

The show will explore the life of Lamarr, who landed in Hollywood in the 1930s and went on to found her own production company, and has Sarah Treem (The Affair) and Warren Littlefield (The Handmaid’s Tale) among exec producers.

The latter’s label, The Littlefield Company, produces with Showtime and Endeavor Content.