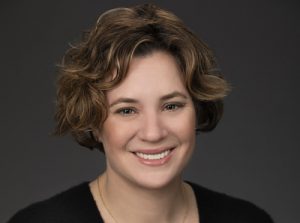 The scripted arm of Warner Bros. Television Group has elevated London Redman, who has served as SVP of scripted programming since 2015, to the newly created role, where she will spearhead day-to-day creative affairs relating to original scripted programming, including dramas, comedies, event series and more, produced by WHSTV.

London Redman is responsible for overseeing development of new TV shows and supervising current programming efforts for existing series, such as Animal Kingdom and Claws for TNT; Cherish the Day, David Makes Man and Queen Sugar for OWN; The Flight Attendant for HBO Max; and Fuller House, Medical Police and You for Netflix.

Meanwhile, in his role as EVP of business affairs, Matt Matzkin serves as the top business executive for the production unit, serving as its lead dealmaker.

Susan Rovner and Brett Paul said: “As we enter into a time of great opportunity in the entertainment industry, with the demand for compelling, breakthrough content at an all-time high, we are incredibly fortunate to have such supremely talented and highly respected executives like Leigh, Kevin and Matt leading the team at Warner Horizon Scripted Television.

“Leigh’s impeccable taste in material and ability to collaborate with our artists has greatly expanded our possibilities for success, allowing WHSTV to expand its footprint and seamlessly transition into the multi-platform digital future. Kevin and Matt are also continually innovating, with Kevin finding ways to maximise production resources in an environment that demands nothing less than the highest on-screen production values. Matt combines creativity with tenacity and the desire to make the best deals possible for the company, with a sense of fairness and respect in an ultra-competitive marketplace. These promotions are truly and richly deserved.”