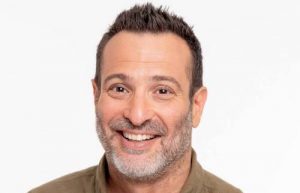 Andrew Szusterman had been with the broadcaster for almost two decades having joined MediaWorks in 2002 as programme director.

He went on to work for its TV3 network, creating local versions of formats such as Next Top Model and X Factor, and took up his current role in 2014.

His next move is not yet known, nor is his replacement at the broadcaster, but his resignation last week followed news that the company had cancelled plans to air a local remake of Love Island this year.

The ITV Studios and Motion Content Group format was initially picked up by MediaWorks in March and had been due to air on its Three network. However the broadcaster said a “challenging advertising market” meant the show would not now be airing this year, although MediaWorks chief executive Michael Anderson said the company would “look to do it in 2020.”

The series was due to have been produced by ITV Studios Australia, in what would have been its first production for a New Zealand network. Three already airs the UK version of the show and has also acquired the rights to the second season in Australia, with ITV Studios Global Entertainment distributing internationally.

Anderson recently unveiled a raft of cost-cutting measures at MediaWorks to deal with what he described as a “particularly challenged market”, including stopping recruitment for non-essential roles and keeping a lid on international travel.