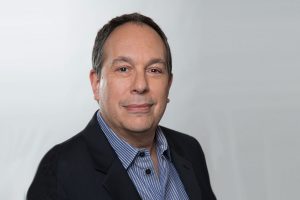 Entertainment One’s president and chief content officer Mark Gordon (pictured) is stepping down after just 18 months to return to a production-facing role.

Gordon has struck a multi-year producing deal with eOne to create shows across all platforms, with Steve Bertram, eOne’s president of film and television, continuing to lead the film and TV business.

The changes come after Gordon’s future at the company was thrown into doubt last month, when reports emerged that he may not have been the best fit to manage the growing business.

eOne denied that the exec producer behind shows such as Grey’s Anatomy, Criminal Minds, Ray Donovan and Quantico would leave the organisation, with Stuart Baxter, president of international distribution for eOne, confirming last month that the company was discussing new projects with the exec.

Darren Throop, eOne president and CEO, said: “In today’s rapidly expanding market, content has become the greatest differentiator and Mark Gordon is one of the best content producers in the business.

“Our shift towards content production has continued to bear fruit and position eOne for ongoing success across film and television. We believe our position in the market will be even stronger with Mark solely focused on creating content for eOne, and look forward to working together for years to come.”

Gordon added: “I’m proud of what we have built together over the past four years and I look forward to continuing my incredibly successful relationship with eOne. The continuing support from Darren to invest in high-quality content will allow us to build on the strong foundation we have laid in a market where the global appetite for premium content is voracious.”

Gordon took up his most recent role with eOne in January 2018 after the studio bought the 49% of his prodco, The Mark Gordon Company, that it didn’t already own for $209 million. Earlier this week Netflix confirmed it was ending Gordon’s drama Designated Survivor, which the streamer had resurrected for a season after it first appeared on ABC.