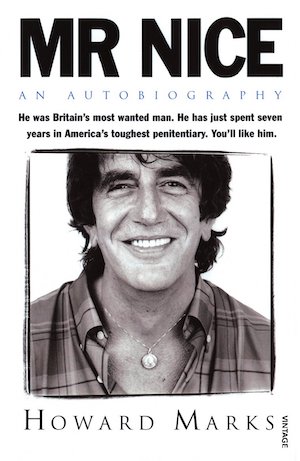 The show will be written by Neil Forsyth (Urban Myths) and will explore how Marks, who was originally from South Wales, devoted his intellect, wit and charm to smuggle drugs.

The series, which is in development, explores how Marks assembled associates ranging from Oxford academics to Pakistani millionaires, CIA informants and IRA sympathisers during his drug smuggling career.

He created ingenious ways of trafficking enormous amounts of marijuana into Canada, the US and the UK and in the process became one of America’s most wanted men, but was eventually jailed.

Forsyth told TBI: “Who wouldn’t want to take a journey into a thrilling, dangerous and often surreal world, guided by a charming, fearless, and often stoned Welshman?”

Salmon added: “With over 43 aliases and such a colourful list of associates this very British anti-hero ran the police on both sides of the Atlantic ragged for decades. The time feels right to tell the unbelievable and outrageous truth of Howard’s story on the bigger canvas that today’s television affords.”

BBC Studios Drama London has been behind a raft of dramas including Silent Witness, Rillington Place, Undercover and the award-winning Three Girls. Last year it launched MotherFatherSon, starring Richard Gere and Helen McCrory, while shows in production include The Watch for BBC America and We Hunt Together for UKTV.

Independent develops, produces and distributes film and TV series, and is currently in post-production on Gavin Rothery’s Sci-Fil Thriller Archive.