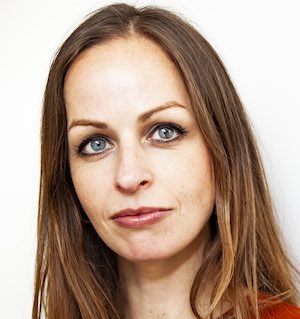 AMC Networks-owned US streamer Acorn TV has appointed a former Turner and FilmStruck International exec to oversee its global division.

Kerensa Samanidis takes the newly created role of general manager at Acorn TV International, based out of London and responsible for the overall development, management and operation of the streaming service for all markets outside of the Americas.

Kerensa, who had been consulting at the company prior to taking up her new role, will report to Matthew Graham, general manager of Acorn TV.

She previously worked on services for Sony PlayStation, BFI and WarnerMedia’s Turner, and was general manager of FilmStruck International where she oversaw the launch and growth of the service across Europe.

Graham said: “Since launching in dozens of territories last year, we’ve seen extraordinary worldwide interest in the service and its first-rate catalogue of exclusive international dramas, mysteries, and comedies.

“With Kerensa’s past success with streaming services, we expect her to play a vital role in our continued international growth.”

In related news, Rakhee Birdi has also joined the company as marketing director for Acorn TV International. She previously led marketing at FilmStruck International and was also head of subscription marketing for News Inc in the UK.

Acorn TV’s slate includes series such as Doc Martin, Line of Duty, Manhunt, Jack Taylor and The Great Train Robbery. It is operated by RLJ Entertainment, a subsidiary of AMC.