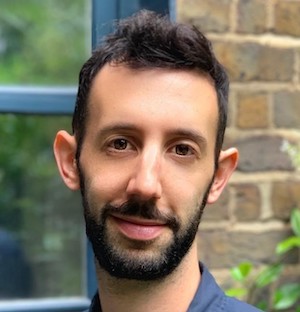 UK-based BBC Studios Productions has appointed a commissioning editor from pay TV operator Sky as its head of comedy.

Josh Cole (pictured) will be responsible for leading the BBC Studios Comedy team and overseeing its slate across TV, radio and online. Shows under his purview include This Country, Famalam and Inside No.9.

He will also have responsibility for the development of new, returnable comedy shows, working with emerging and established creative talent from around the UK.

Cole replaces Chris Sussman, whose exit was reported earlier this year, and joins from Sky, where he had been commissioning editor since 2017 and worked across original scripted comedies for Sky One, Sky Atlantic and Sky Arts.

His recent credits include: Sally4Ever from Julia Davis for Sky Atlantic and HBO; Breeders, starring Martin Freeman and Daisy Haggard for Sky One and FX; The Trip To Greece, starring Steve Coogan and Rob Brydon; and Two Weeks To Live with Maisie Williams.

Prior to that, Cole spent five years with Big Talk Productions, where he produced titles including Crashing for Channel 4 and Netflix, Timewasters for ITV2, and Cockroaches for ITV2. He started his career at the BBC.

Ralph Lee, director of content at BBCS, described Cole as “an incredible talent with a brilliant future ahead of him.”

Cole added: “I began my career at the BBC, and was lucky enough to sneak in and watch Armando Iannucci shooting The Thick Of It on my first day, so to be joining BBC Studios with their history of iconic shows is hugely exciting.

“We will work to produce more home-grown, boundary-breaking shows for the global market, from the best creators in the UK and beyond.”