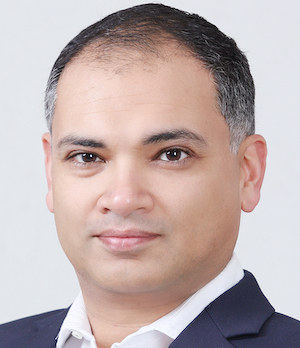 A+E Networks has promoted Saugato Banerjee to a new role that will see him take control of the company’s operations across Asia.

His promotion from his previous role of managing director of North Asia comes less than a week after A+E’s co-executive MD of international Edward Sabin stepped down from his position, leaving Patrick Vien in sole control.

Vien, who is now group managing director of international, described Saugato as “a skilled executive with well-established relationships and strategic vision for this growing region.”

He added: “We applaud his launch of our brands in Korea across linear and digital, spearheading key production partnerships and successful stewardship of our Japanese business as we look forward to even greater success in his new, expanded role.”

Banerjee joined A+E in 2011, developing media and production partnerships across North Asia in his most recent role. He was also behind the launches of History and Lifetime channels in Korea, and oversaw the company’s History network in Japan.

Earlier this year India’s Applause Entertainment acquired A+E’s UnReal format for adaptation, marking the first international deal for the series and the first scripted format from A+E Networks to be acquired for an official Indian adaptation.