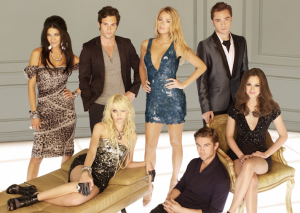 WarnerMedia has made a 10-episode straight-to-series order for a reboot of teen drama Gossip Girl, which will become available via its forthcoming streaming service HBO Max.

The original show aired on US network The CW from 2007 to 2012 and was based on Cecily Bon Ziegesar’s novel of the same name, which follows a spoilt group of teens living in New York.

The reboot is from US producers Fake Empire and Alloy Entertainment, which are producing in association with Warner Bros Television and CBS Television Studios. Joshua Safran writes, with the show set eight years after the original ended and following a new group of teens.

Reboots of US shows have soared over recent years, with The CW recently launching a new version of Charmed, The Twilight Zone getting remade by streamer CBS All Access, and Magnum P.I. being reimagined for CBS.

Earlier this month it emerged shortform streamer Quibi is developing a TV version of classic movie The Fugitive, while The Flintstones is getting remade by Warner Bros.