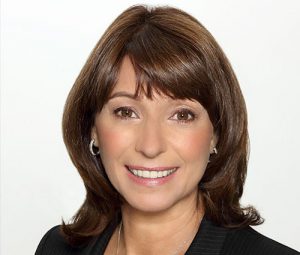 Disney’s president of global content sales and distribution Janice Marinelli (pictured), who has been with the company for more than 30 years, is stepping down from her position.

Marinelli was most recently overseeing US and international programme sales for the Mouse House, as well as distribution of its direct-to-consumer apps to platforms and networks around the world.

Marinelli joined Disney’s Buena Vista Television in 1985 as an account executive and went on to hold roles including president of Disney-ABC Home Entertainment and Television Distribution.

Her exit comes just six months after her most recent promotion, adding responsibility for Disney+ to her considerable remit. She reported into Kevin Mayer, chairman of the company’s direct-to-consumer and international division. A replacement has not yet been named.

It is also the latest in a slew of senior exec exits as Disney merges its teams with 21st Century Fox, following the $71 billion acquisition of its entertainment assets. Last week the studio giant replaced the president of its ABC Studios operation and revamped the senior team at 20th Century Television.

Marinelli said: “While I have been considering this decision for some time, I was committed to seeing our team through the acquisition and integration of 21st Century Fox. Now that we’ve reached these important milestones, I believe the time is right for me to step down.”

Mayer added: “Janice has contributed immeasurably to Disney over the past three decades architecting and successfully negotiating thousands of innovative deals that have benefited our company and will continue to do so for years to come.

“I am so grateful for her insightful counsel and steadfast collaboration over the past year as we laid the foundation for DTCI and the upcoming launch of Disney+. I especially appreciate her willingness to stay on and see us through this time of tremendous change.”