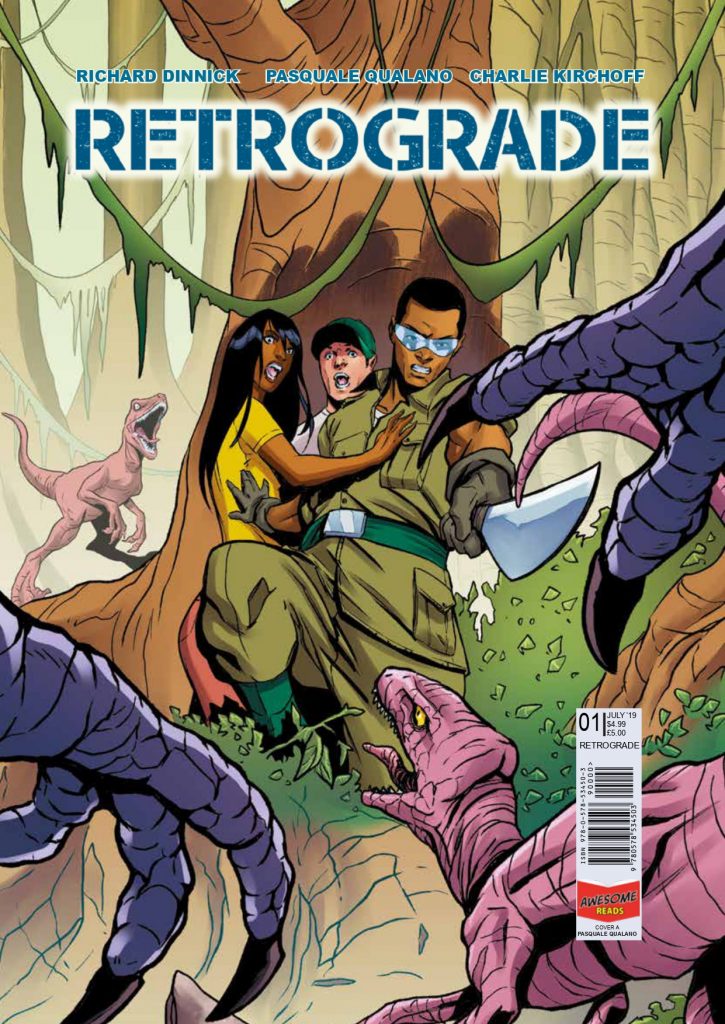 Awesome Media & Entertainment is expanding into the graphic novel space with a bespoke studio.

The studio will sit within the Kew Media Group-backed prodco’s fiction publishing arm Awesome Reads, launched in September, and develop high-concept, character-driven comics for adults that will also be developed for the screen.

It is to debut its inaugural title Retrograde, a post-apocalyptic love story about the survivors of a retro-virus, at San Diego Comic Con, which is taking place this week.

Set to follow in December is Erika Lewis’s modern western #Guardian, about a former CIA agent who becomes a self-fashioned vigilante who helps those in need on social media, while forthcoming titles in 2020 include Brexodus, a political thriller set in an alternative modern-day Britain as it attempts to secede from the Roman Empire, and Cortex, a high-tech mystery about hacking human memory to solve crimes.

Awesome previously put into development its Dino Knights novel for television with OmniFilm Entertainment and The Jim Henson Company, who are developing the IP into live-action show Knights Of Panterra with showrunner Simon Barry.

Publisher and writer Dinnick said: “I’m thrilled to bring Awesome Reads into the realm of graphic novels as we’re truly in a golden age of graphic storytelling and Awesome has incredibly creative content to delight readers around the world.”

Awesome founder Jeff Norton added: “The graphic novel studio completes the creative circle we’ve been building: from book to screen and back again. We are thrilled to be on the ground floor with top talent and we’ll be partnering with best-in-class production partners to develop these visually arresting stories for the screen.”