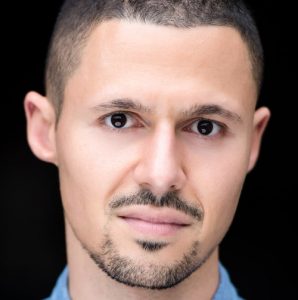 Element Pictures, the UK- and Ireland-based producer behind Oscar winning film The Favourite, has appointed a drama commissioning exec from Channel 4 to oversee development of its TV slate.

Jonny Richards takes the newly created role of head of TV development and will oversee Element’s push into TV drama with a remit to expand its development slate for the UK, US and international market.

He will be based at Element Pictures’ London office and will report into head of television, Anna Ferguson.

Richards joins from Channel 4, where he was a drama commissioning executive overseeing several dramas, including the third seasons of No Offence and Humans. He also worked on James Graham’s single film Brexit: The Uncivil War and the forthcoming six-part drama Baghdad Central, written by Stephen Butchard.

His arrival signals a further push into TV for Element, which produced hit movies including Room and The Lobster. Its TV slate includes Normal People, an adaption of Sally Rooney’s novel for the UK’s BBC Three and Hulu in the US, and The Dublin Murders, produced with Fremantle-backed Euston Films and Veritas. It will air on the BBC in the UK and US cabler Starz.

Ed Guiney, director of Element Pictures and Ferguson, said in a statement: “We are incredibly proud of our achievements with our feature films, and we are excited to bring the same authentic and visually unique qualities to our television dramas.

“Jonny has an incredible development track record and a brilliant eye for discovering distinctive and engaging stories, so we are thrilled that he has joined the team to build our current slate and deliver world-class ambitious drama.”