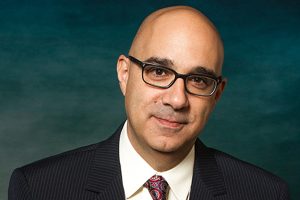 A+E Networks’ co-executive MD of international Edward Sabin (pictured) is stepping down from his position, with Patrick Vien – who had shared the role with the former Discovery exec – being promoted.

Vien becomes group MD of international and will be responsible for A+E’s global portfolio and businesses based out of New York, reporting into Paul Buccieri, president of A+E Networks Group.

Sabin leaves after four years with A+E having previously been chief operating officer at Discovery. TBI understands he is leaving to launch a new business, details of which are yet to be revealed.

Vien joined A+E in 2017 as co-executive MD of international with oversight of the company’s operations throughout Europe, Middle East and Africa.

His remit also included the programming strategy for channels outside the US and he recently launched a co-production division. Vien was also behind A+E’s first international scripted co-production, Miss Scarlet & The Duke, as well as the new unscripted series, Damian Lewis: Spy Wars.

Vien joined A+E having been president of Pulse Films, which was behind titles including Lemonade with Beyonce for HBO and Shia LeBoeuf-starring feature film American Honey.

Before he was chairman and CEO of Warner Music International, president of NBC Universal Global Networks and founder of US cable networks TRIO and Newsworld International.