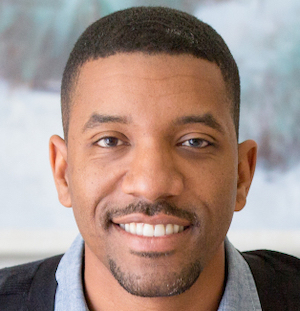 US cabler BET has appointed a former Netflix executive to oversee its upcoming SVoD service.

Devin Griffin becomes general manager for Viacom-owned BET+, which is set to launch in the autumn and is a joint venture with Tyler Perry that will offer around 1,000 hours of programming.

Griffin was most recently EVP at Story Lab US working on its long-form content, and before that launched Netflix’s unscripted push with shows such as the reboot of Queer Eye, Shot in the Dark and The Toys That Made Us. He also worked on dramas including Designated Survivor and Black Mirror.

He reports into BET Networks president Scott Mills and will oversee the new streaming service’s originals and acquisitions, as well as marketing and distribution.

Mills said Griffin’s “fresh perspective and expertise in curating premium content will strengthen our position in the streaming landscape and drive subscriber growth, viewership and retention.”

Griffin added: “With BET+, I see a big opportunity to provide powerful, comprehensive programming to African Americans, and lovers of black culture, in the SVOD space. This audience has a voracious appetite for quality, authentic black stories and has been underserved for too long.”

BET+ will feature around 75 hours of programming for US actor and playwright Perry, as well as library content from Viacom brands plus TBS comedies such as House of Payne. Original commissions such as First Wives Club and Bigger will also feature.