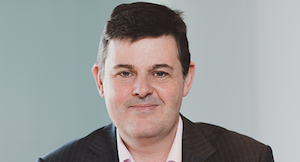 UK media regulator Ofcom has said the commercial arm of the BBC has “transparency issues” regarding the diversity of those producing its shows and the amount its on-screen talent is paid.

BBC Studios merged its production arm into its commercial division last year and now produces programming for both its public broadcaster parent as well as third parties around the world.

The public broadcaster must provide transparency over the diversity of its talent on and off screen as well as the amount it pays to talent, however its commercial arm has to date largely avoided having to provide such a breakdown. It has argued that the pay of its talent is commercially sensitive and being forced to release details would impact its ability to compete.

But Kevin Bakhurst, group director of content and media policy at Ofcom, said there were “issues” over transparency despite the organisation committing to provide details of its business operations.

“Clearly BBC Studios is producing a huge amount of BBC content so it is really important to have diversity in terms of the people producing it,” he told the House of Lords Communications Committee yesterday, which is exploring the impact VoD services are having on public broadcaster.

“It is important for the BBC to think about that and maybe break down the figures in future so people can track the progress they said they would make.”

Bakhurst added: “There are clearly some other issues about presenter pay that have arisen too – once people work for BBC Studios that is commercial and there’s no requirement to be transparent about that. There are transparency issues around BBC Studios.” The Ofcom exec said the subject would be further explored in Ofcom’s review of BBCS, which is due to take place later this year.