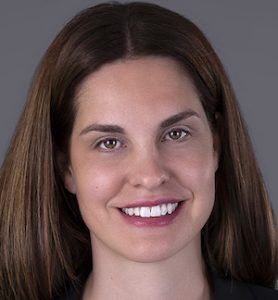 She becomes head of scripted development at Thunderbird’s factual division, Great Pacific Media, and will focus on the development of scripted TV and feature film projects that are based on current and historical events.

Macadam has previously worked as an executive producer on drama Motive for Canada’s CTV and NBCU International, and was also a producer on Netflix film Brain on Fire, produced by Charlize Theron’s label Denver and Delilah with Vancouver-based Foundation Features.

Mark Miller, president of Thunderbird Entertainment and CEO of its factual division, said Macadam would “bring a deep understanding of the creative, operational and financial aspects of scripted productions, having worked with many of the industry’s leading studios and broadcasters.” She will report to Miller and Wendy McKernan, VP of Thunderbird’s factual division.

Thunderbird has been expanding its activities over recent months, recently launching a UK division helmed by former Discovery commissioning exec Ed Sayer and sealed its first production deal in the territory.

In January, McKernan was promoted to her current role at Great Pacific with a remit to develop fact-based events into scripted productions.

Thunderbird develops, produces and distributes animated, factual and scripted content through kids and family division (Atomic Cartoons), its scripted arm (Thunderbird Productions) and the aforementioned factual-skewing Great Pacific Media, which was formed by Blair Reekie and Miller. Highway Thru Hell and Heavy Rescue: 401 air on Discovery Canada and have also been picked up by Netflix.