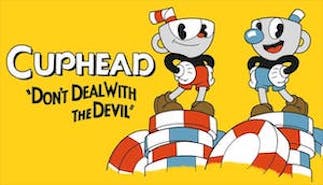 Netflix has ordered an animated show featuring characters from hit platform game Cuphead after striking a deal with its creators and publisher.

The Cuphead Show! is based on the 2017 game developed and published by MDHR, which features hand-drawn animations inspired by 1930s style Fleischer cartoons and follows the adventures of two characters – Cuphead and Mugman – after they strike a deal with the devil.

The game’s creators, Chad and Jared Moldenhauer, are attached to exec produce on the TV adaptation, which is being produced by Netflix Animation and Hearst-backed King Features.

Dave Wasson and C.J. Kettler will also exec produce on the adaptation of the game, which has sold more than four million copies and won a raft of awards including best independent game at the 2017 Game Awards.

The show is the first long-form animated series production for King Features after it unveiled a strategy to create character franchises across TV and online platforms. The company also owns rights to comic characters including Popeye and Garfield.

Netflix is already working on fellow video game adaptation The Witcher, which will become a live action show for the streamer, while US cabler Showtime is working on a TV version of Xbox franchise Halo.

In related news, Netflix has ordered a second season of young adult drama The Society, which will become available next year. The show, created by Chris Keyser, follows a group of teenagers who find themselves in a world without their parents and who must form alliances to return to their former lives.