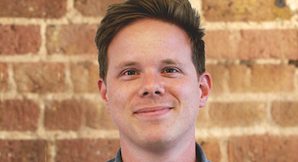 US- and UK-based factual producer Lightbox has appointed the director of development at Dragonfly to oversee its development strategy and manage teams at its offices in London and LA.

Ben Samuel (pictured) has been named creative director of development at the Simon and Jonathan Chinn-founded prodco, which is behind Harvey Weinstein doc Black Sheep: Untouchable.

Samuel will work with the founders to oversee Lightbox’s development strategy and have a particular focus on growing the company’s slate of premium returning series, building on recent Netflix commissions such as Diagnosis and Murder Mountain.

He joins having been responsible for shows at Dragonfly including BBC duo Birth and Second Opinion Surgery, as well as My Dad, the Peace Deal and Me. Samuel was previously head of development at SAS: Who Dares Wins indie Minnow Films, overseeing projects including Channel 4’s Spies.

Simon Chinn and Jonathan Chinn said in a statement: “Ben has a great track record of developing eye-catching ideas into premium returnable series, which is an increasing focus for us as we enter our next phase of growth.

“Working with VPs of development in London and LA, Kate Griffiths and Rushie Perera respectively, he will bring a highly commercial and audience-focused approach to our development strategy as we continue to expand our output for networks and platforms worldwide.”

Samuel added: “Lightbox has an outstanding pedigree and reputation for producing exceptional content. I’ve long admired the company from afar, and I’m really looking forward to working with the teams in both the UK and US.”