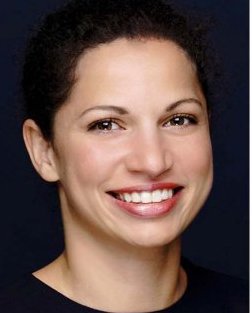 The recently launched arm, which is not affiliated with any studio since the sale of 20th Century Fox to Disney, will provide content to the network and its associated platforms as well as third parties.

Berman’s team will include Hend Baghdady (pictured) as executive VP of development & production, who joins having been senior VP of alternative & production for The Jackal Group, which was launched by Berman with Fox Networks Group. Her credits include Netflix show Tidying Up with Marie Kondo.

Jeff Nemon becomes senior VP of drama development, joining from Valhalla Entertainment, where he was VP of TV development and worked on The Walking Dead.

Other additions include former Jackal Group development exec Alana Romoff, who has been named VP of development, and Matthew Chadwick, who becomes VP of alternative programming & production having been production chief at Animation Domination High-Def Studios.

Berman said: “This truly is an amazing team of accomplished executives. I’ve worked with most of them for the past four years, and the reason they’ve all come over to Sidecar is because what they’ve produced has been stellar.”

“Now, we all have a unified purpose of determining how best to serve the needs of Fox, as well as those of our third-party partners.”