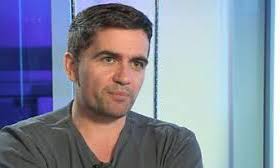 The BBC has ordered a raft of science-focused programming for linear networks BBC2 and BBC4 as well as online channel BBC3, including a show about dementia.

Living With Dementia (2 x 60 minutes, working title) is being filmed over two years and will explore the lives of six people living with dementia and the complexities of the condition.

It is being produced by UK-based prodco Wonder and will air on BBC2, along with Five Star Renovation: Inside The Luxury Hotel (3 x 60 minutes, w/t) and Last Chance Clinic (w/t, 3 x 60 minutes).

The former is from ITV Studios-owned The Garden and explores the science behind extensive renovations at London’s Claridge’s hotel, while Last Chance Clinic is being produced by Dragonfly TV and sees experts attempting to treat complex medical cases. BBC2 will also air one-off special Childhood for its Horizon strand. BBC Studios’ Science Unit is producing the show, which documents the lives of children over the past two decades.

Meanwhile BBC3 has ordered The Unshockable Dr Ronx, a pilot in which a doctor attempts to get young people to open up about their medical issues. It is also being produced by The Garden.

Tom McDonald, head of commissioning for specialist factual and natural history, said the shows highlighted the broadcasters’ “continued commitment” to science programming, adding that “there is no other British broadcaster as committed to the genre.”