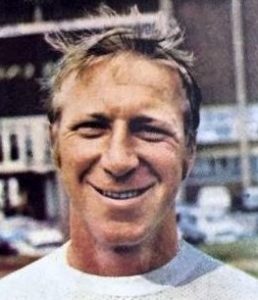 Gabriel Clarke, who was behind Bobby Robson: More Than A Manager, and Pete Thomas (Euro 2016: Sounds of the Summer) are directing the documentary, which will explore the life of Charlton.

The producers are working with the former manager and his family on the doc, which is set to include rarely seen archive footage and explore his time as the boss of the Republic of Ireland team during the Italia 90 FIFA World Cup.

It will also include interviews with the former manager’s friends and discussions with Charlton, who won the World Cup as a player and spent more than 20 years with Leeds United.

John McKenna and Torquil Jones (Bobby Robson: More than a Manager, Steve McQueen: The Man & Le Mans) will produce, with NMG’s distribution arm, NoahX, set to release the show in 2020.

John Charlton said: “We are delighted to be working with Noah Media Group on what will be the definitive film on my father’s life. It will be fascinating to see how the film links his life as a husband, father and brother to his incredible achievements in football, as both a player and a manager.”