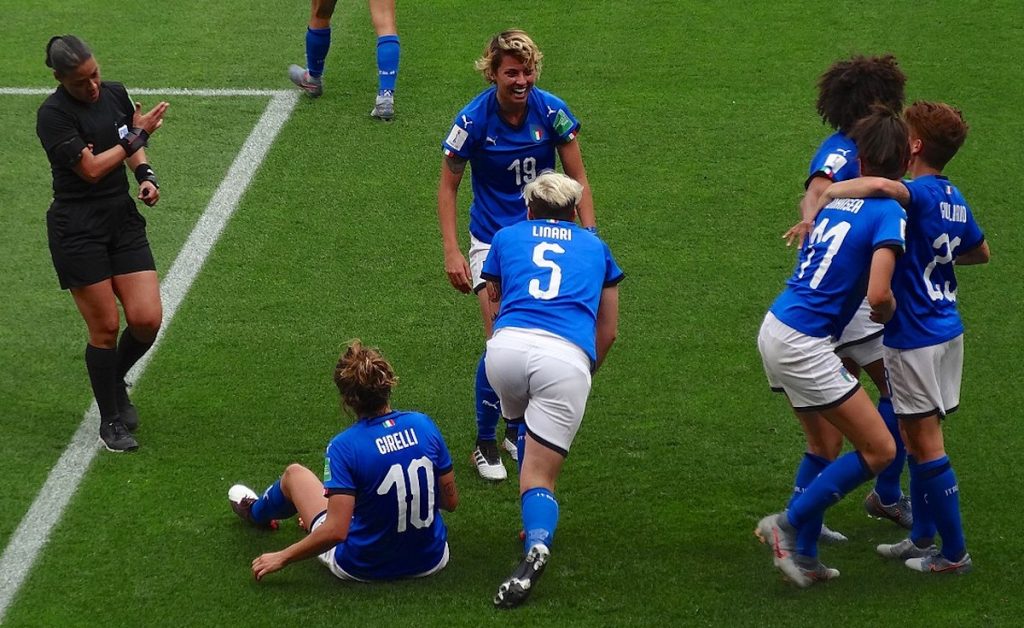 The ratings success of the Women’s World Cup shows the power that free-to-air broadcasters around the world still wield and their potential to drive huge audiences, writes Ross Biddiscombe.

There is every reason to believe that the FIFA Women’s World Cup of 2019 will be seen as a broadcasting breakthrough moment for women’s football after so many remarkable TV audience numbers were recorded during the tournament. And those high viewing figures have occurred in almost every one of the 24 participating countries – from Chile to Canada – where masses of social media coverage has also added to the success story of the event.

With the last two matches still to take place this weekend, FIFA’s prediction of the month-long, 24-team event breaking the one billion TV viewer barrier for the first time is set to come true, easily beating the 2015 figure of 750 million.

The UK has been one of the best feel-good stories for TV audiences – England’s first game was watched by a then-record number of 6.1 million people, but that figure kept being surpassed game-by-game until a losing semi-final on BBC1 racked up 11.7 million, the biggest audience of any TV programme in the whole of 2019. Plus these huge numbers show the value of free-to-view coverage as the men’s Cricket World Cup being played concurrently has averaged only around 500,000 viewers per game on the pay channel Sky Sports.

Experts say that such huge television audience success could mean that women’s football is never again seen as a poor broadcasting relation of its male counterpart. “It is highly likely that this is the tipping point for women’s football,” says Ampere Analysis lead consumer analyst Minal Modha. “The TV audience figures are record-breaking in so many countries, you only have to look at France’s match against Brazil which got the biggest TV audience ever for a Women’s World Cup match with 35 million watching in Brazil and 10.6 million in France. Plenty of free-to-air coverage of the tournament has helped bring more eyeballs to the sport – this benefit cannot be understated.”

Sally Horrox, managing partner at media strategy firm Y Sport, has seen this breakthrough on the horizon: “Terrestrial coverage is everything for women’s sport and, given regular visibility, the average viewer will watch a pinnacle event like the Women’s World Cup because they see the passion of the players and the pride of the team.”

She points out that the England-Japan semi-final in 2015 in Canada still logged around 2.5 million viewers on BBC One even with a midnight kick-off. “I think the breakthrough was actually at the Women’s European Championships in 2017, particularly in the UK, when the England-Netherlands game peaked at 4 million on Channel 4.”

Horrox (below) says the Women’s World Cup’s commercial partners are also loving the TV audience numbers. “Orange is a local World Cup sponsor and what they are getting for their money in France is tremendous, not just on TV but because the players are working social media as well. Women’s football is a real growth property for brands,” she says. 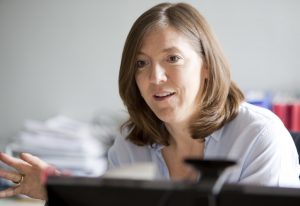 In terms of commercial success, the Washington Post reported that the average 30-second ad cost around $40,000 when the American team met Colombia in the last 16 in 2015. When the United States played Spain in the equivalent match this year, it was estimated that the same ad spot cost $140,000. Four years ago, the Fox network was still selling ads on a game-by-game basis as the tournament progressed, but ads have virtually sold out this year. Fox actually paid FIFA $425 million in 2011 to broadcast both the men’s and women’s tournaments from 2015 through 2022 and the broadcaster now looks to have gotten a bargain because of the rise in interest in the women’s game.

Ampere’s Modha agrees that high tournament viewing numbers have been helped by the level of activity on social media, particularly from the players – including those of the England team. “One of the best examples came when England forward Georgia Stanway tweeted the Glastonbury pop festival organisers asking for a favour – to put her team’s quarter final match against Norway on a big screen so her brother could watch. When the organisers screened the game, the media gave the World Cup even more publicity.”

The social media coverage and extra TV filming is also earning the women’s game a reputation as having a more inclusive vibe for the general fan, as well as prompting stories of female empowerment. An Ampere Analysis study shows that two out of five survey respondents said women’s football has a broader appeal than the men’s game.

Modha says the challenge now is to sustain this interest post-tournament and translate it into interest in the domestic game in each market. “This means negotiating rights deals which keeps the sport free-to-air, ensure ticket prices are relatively low to maintain accessibility and keep the sport front of mind with increased media coverage of both the game and the players.”