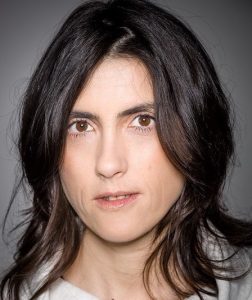 Gil had been festival director at the Portuguese event since 2012 and will now take up her new role at Doc/Fest in November, following the October edition of DocLisboa.

She replaces former Discovery Networks International exec Elizabeth McIntyre, who stepped down from the position in August after three years in the role. She was replaced in the interim by deputy director Melanie Iredale.

Alexander Graham, Sheffield Doc/Fest chair, said Gil had “a deep knowledge of, and passion for, documentaries together with a wealth of international connections to bring to Sheffield.

“What’s more she has the vision and the leadership to build on the Festival’s success and take it into a new decade.”

Gil said: “It is with great honour, joy, passion and curiosity that I add my voice, strength and imagination to the Sheffield Doc/Fest team. Together, we will contribute to the future of this festival and, most importantly, to the future of cinema and documentary worldwide, creating a space of freedom, plurality, inspiration and challenge.”

Iredale added that Gil would bring “new, creative energy, ideas and experience” to the event, and confirmed she would continue to work with the newly appointed festival director on the event.