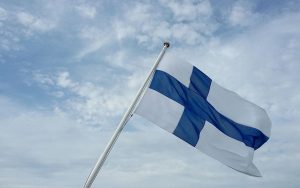 A new report has been published looking into the viewing habits of people in Finland.

The Digital Lifestyle study commissioned by DNA’s Nepa Insight found that 42% of viewers they watch TV content for at least an hour a day, and 12% watch over two hours a day.

The majority of Finns do not have smart TVs, with sets being found in only 40% of households. Instead, 24% use an operator’s digibox and 20% use Chromecast or Apple TV devices.

Jarno Haikonen, director of DNA Broadband and TV Business, said: “People now have a lot of different ways to view and manage the TV content they want, regardless of schedule and location. Operators’ Digiboxes respond to consumer expectations in a completely new way, as they bring content from different sources to the same place and mobile apps to the TV screen.”

The report also found that 55% of Finns actively use streaming services such as Netflix, Viaplay, C Moren, and that 43% of viewers have rented a movie over the last two years – double that of the previous year.

Haikonen continued: “People are increasingly watching non-traditional television, and the use of various streaming services is increasing. According to the survey, it is important for 66% that the TV content can be viewed regardless of the air times, and 60% consider it important that the favorite movies and series are found in the same place.”

Unlike in most markets, Netflix is only the third most popular media and video application. YouTube sits atop the pile, while Areena, the VOD service of PSB Yle, is the second most popular.