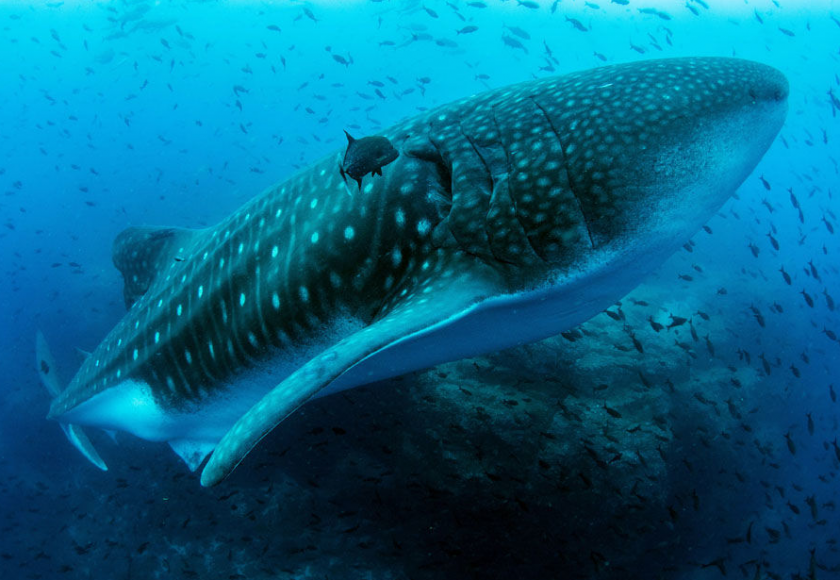 BBC Studios has revealed it will still be able to offer first window catch-up rights to its blue chip natural history programming despite its recent $400m SVOD deal with Discovery.

The 10-year content deal with Discovery, revealed in April, is effective in all territories outside the UK, Ireland and Greater China, and makes Discovery the exclusive global home of BBC landmark natural history programmes in SVOD. Shows such as Planet Earth, Blue Planet 2 (pictured), Serengeti and Life will become available to the company, as will future BBC-commissioned landmark series from BBC Studios.

The deal was hailed as the corporation’s largest ever sales deal but it prompted concerns from broadcasters around the world that it would preclude them from offering new BBC Studios shows via catch-up following their linear airing.

However, BBCS CEO Tim Davie has told TBI that broadcast partners will be able to secure online rights through bespoke deals, adding that there is “no inevitability” about where rights lie with global partners.

“We are carefully discussing with all our partners how we ensure a system by which those people getting a first window broadcast partnership are getting full value and the appropriate package of catch-up rights with regards to that. There is still enormous value in that window,” he said.

“Discovery are our SVOD partner. It is about windows and the SVOD window,” he added of the deal with the US-based factual giant, which is planning to launch its global streamer in 2020.

“I’m not seeing a situation where all value migrates solely to the SVOD window. We have account teams that are able to look and do bespoke deals so people get value in terms of broadcast linear and associated rights packages, as well as complimentary SVOD deals.”

His comments come after BBC Studios yesterday unveiled it had returned more than $316 million to its public broadcaster parent, amid what it described as “hyper-competition” in the wider content market. Davie told TBI his business had undergone a “major transformation” as it shifted from being a company “solely anchored in traditional catalogue distribution sales,” adding that it had been “too narrowly focused to compete in the long term in the market.”

“One of the things we are seeing quite clearly is that if you are going to succeed with these major global partners, [you have to offer a] vertically integrated business that can run from commissions to coproductions to services to traditional distribution. It’s the entry ticket to talk to these major global players.”

The BBC Studios boss stressed that despite global deals, it could remain flexible with rights and highlighted its agreement for Dracula, the forthcoming Hartswood Films show, which is sold by the UK public broadcaster’s commercial arm and which will air on BBC1 in the UK and Netflix internationally.

“One of the things we’ve seen this year with copros such as Dracula with partners such as Netflix is that we can make decisions with customers based on what works for them and us. There is no inevitably about where IP sits in any of these deals.”

Davie also admitted that the roll-out of its branded linear channels would likely decline over time but said its existing offerings – such as drama-skewing BBC First – were working well at present.

“What you’ve seen in recent years is that we have been very selective about linear channels. We have ensured that our channel propositions are not generic but truly distinctive in the market – such as premium channel BBC First on Foxtel in Australia.”

But, he added: “When I look at the growth strategy for the long term though I don’t think it will be powered by new linear channels, but we will always look at opportunities. What I can see is the success of [North American streamer] Britbox means that we are able to exploit opportunities as we see them.”