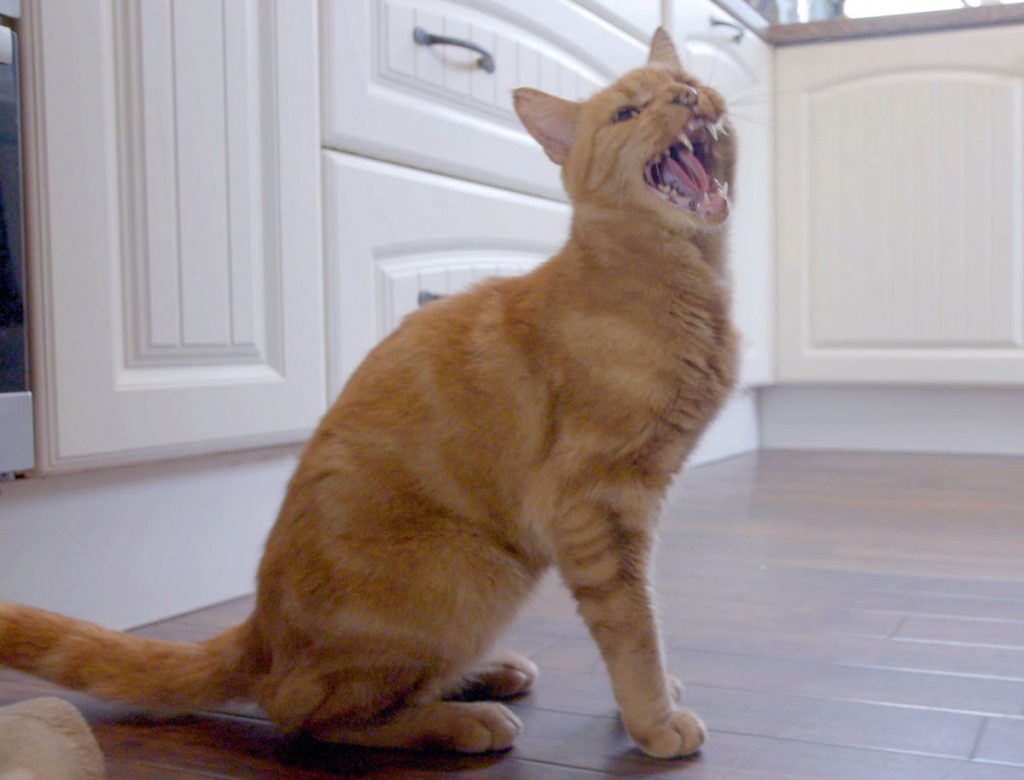 Broadcast in May by the UK’s Channel 5, it follows on from Psycho Pussies: When Cats Attack, which was made in 2010.

“Cats are the most viewed animal on the internet, with lots of crazy behaviour on display, so a show of this nature with an inspiring name was the result,” says Young.

The documentary profiles some of Britain’s craziest cats – some so ferocious they regularly attack their loyal owners.

There’s Milo, a cat so savage that one of his attacks resulted in his owner being hospitalised for four days. And then there’s D’Artagnan, who will attack any of his owner’s potential boyfriends.

Such case studies are intercut with cat clips from the internet, as well as comments and analyses from a vet, cat behaviorist and comedian. Combined with the humour of the cats, it makes for a show that is light-hearted while also giving insight into the animals, says Young.

However, it wasn’t as straight-forward to produce as it might sound.

Filming animals is always difficult, and the crew could only film behavior shown on the day of production. “Finding the case studies was a real challenge because people say how their cats behave badly, but when you turn up with a camera, the cat is good as gold or too wary to act normal,” explains Young.

Orange Smarty is looking to strike deals with linear broadcasters. “While we expect the sales to come in from big English-speaking territories like Australia, New Zealand and Scandinavia, we’ve also seen a great reaction from the French, Spanish and German-speaking territories, as well as Eastern Europe and a big network in Japan,” says Young.