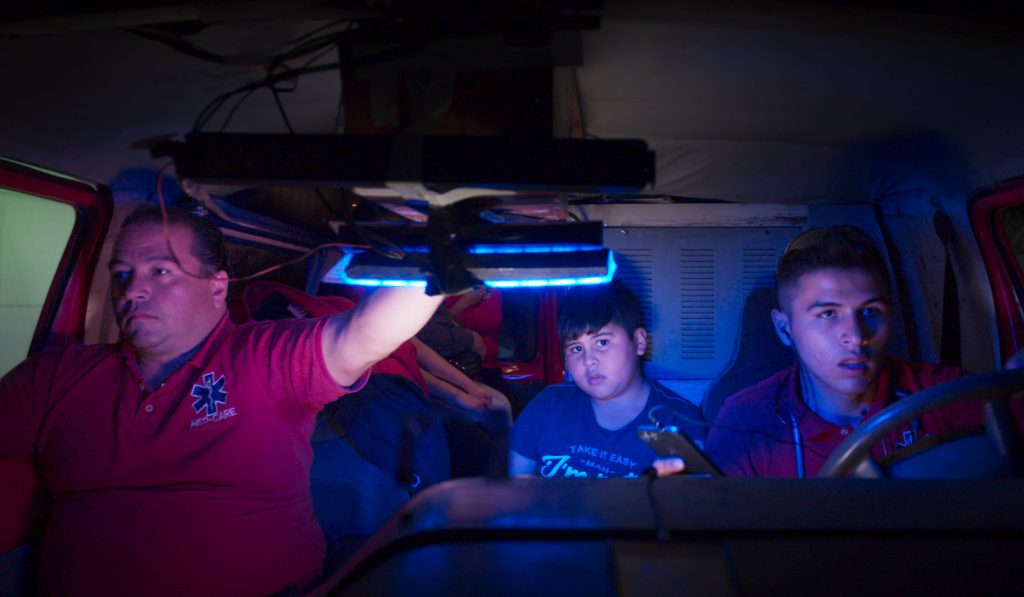 Luke Lorentzen’s film about a family that attempts to make a living operating a private ambulance in Mexico City took the main prize at the 26th annual Sheffield Doc/Fest Awards, which took place at the Netflix Crucible Studio on Tuesday evening (12 June).

The jury praised Midnight Family as “a true celebration of the potential of independent filmmaking” and also gave a special mention to two other contenders in this category – For Sama, directed by Waad al-Kateab and Edward Watts and Midnight Traveller, directed by Hassan Fazili.

For Sama, a doc, which comprises al-Kateab’s own footage of the bombing of Aleppo in 2016, also won the Doc Audience Award, voted for by public and industry audiences throughout the festival. The film is produced by Channel 4 News/ITN Productions for Channel 4 and PBS channel WGBH and investigative doc strand ‘Frontline’.

Other winners included Nikolaus Geyrhalter’s Earth – which won in Doc/Fest’s new international category. The Austrian film maker impressed the jury with his doc on the ecological threat posed by large-scale mining.

Elsewhere, at the 40th annual Banff World Media Festival in Canada, US cable channel Lifetime’s six-part docuseries Surviving R Kelly was named Program of the Year at the Rockies.

For Sama
Directed by Waad al-Kateab and Edward Watts

SHOWRUNNER OF THE YEAR
Jed Mercurio (Bodyguard, Line of Duty)