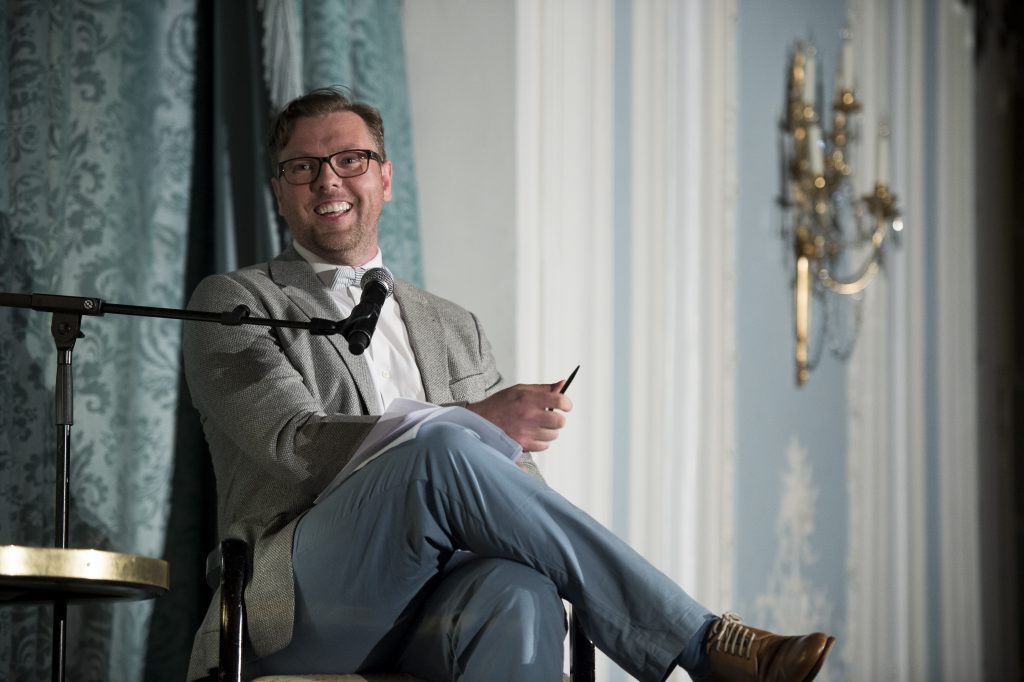 Dragonfly TV and Optomen are among the prodcos to have scored recent documentary commissions with the BBC, while IWC Media is launching a book club for BBC Scotland.

BBC One has ordered six-part obs-doc series Birth (working title) from Dragonfly TV. The programme follows expectant parents and the staff who care for them at the UK’s busiest and most diverse maternity hospital, Birmingham Women’s Hospital.

The 6 x 60-minute programme will combine fixed rig, prime lens shooting and graphics to follow patients from the moment they arrive. By filming clinics, scans, neonatal and foetal medicine units, Birth will also reflect the important yet more challenging stories of complex pregnancies and births.

The series was commissioned by Charlotte Moore, director of content for the BBC, and Clare Sillery, head of commissioning for documentaries. It is exec produced by Richard Bond, while commissioning editor is Emma Loach.

The series takes viewers inside Manchester’s new world of ultra-fast fashion, where millennials are making fortunes overnight by supplying an ever-changing wardrobes to a new generation that idolises influencers and reality TV stars.

The series is set at the Salford offices of In The Style – one of the fastest growing and most disruptive fast-fashion brands in Britain, which recently worked with last year’s Love Island winner Dani Dyer.

The show was commissioned by Fiona Campbell, controller for BBC Three, and Clare Sillery, head of commissioning for documentaries. Commissioning editor is Emily Smith and exec producers are Sarah Elgin and Nick Hornby.

The Big Scottish Book Club (4 x 60 minutes) is to be hosted by award-winning author Damian Barr (pictured above), and will in each episode meet a trio of acclaimed writers from the worlds of fiction, non-fiction and poetry.

Some may be from the place where the show is filmed, while others will be famous writers with a less obvious connection, and some will be literature-loving celebrities who talk passionately about the works that have played a role in their lives.

Each episode will be filmed as live and performed in front of an audience. The format of the show is inspired by Damian Barr’s Literary Salon, currently resident at London’s Savoy Hotel.

Mark Downie, creative director of IWC, said: “Ever since, as a fan, I first attended Damian’s legendary Literary Salon, I’ve wanted to find a way to bring his electrifying passion for books and beguiling skills as an interviewer to a TV audience. Thanks to the BBC Scotland channel we now can.

“As a Scottish producer, we are all thrilled to be making a world class series that celebrates Scottish literature for a channel that seeks to reflect the people of Scotland in all their diversity. Our mission with this series is to inspire the whole country to get reading and create a book group for the entire nation, which everyone is welcome to join.”

Damian Barr’s Big Scottish Book Club was commissioned by Gareth Hydes, commissioning editor for BBC Scotland and is exec produced by Downie for IWC. The programme is distributed globally by Banijay Rights.

Elsewhere, the BBC is also bringing back its Documentary Directors’ Initiative for a third year to continue nurturing new talent and again offering six aspiring filmmakers the opportunity to make their first long-form documentary.

Successful applicants are housed at leading production companies and partnered with executive producers who act as mentors throughout the process of making the film.

The films are commissioned for BBC Three with most also being transmitted on terrestrial channels.

This year’s successful applicants are as follows, with biographies provided by the BBC:

Ziyaad has worked on a broad range of documentaries as a producer and shooter. He’s worked on series like Valley Cops and Indian Summer School, and is most passionate about character-driven observational filmmaking.

Helen has worked as a producer on observational and current affairs documentaries, predominantly with vulnerable contributors and often in hostile environments. She’s produced two films with Stacey Dooley in Iraq, one of which was awarded a One World Media prize. She’s currently producing a new sensitive police access series. Her passion lies in character-driven documentaries and following strong personal journeys.

Ashley started his career with the BBC as a Creative Access trainee. He recently worked for Seven Wonder as a producer on Hometown – a new 6-part series for BBC Three exploring the case of a young Asian man who was shot and killed by police. Ashley enjoys making films that offer entertaining and challenging perspectives on race, sexuality, and society.

Candace has a background in fine art and has been working in documentaries for 5 years. She has worked as an assistant producer and producer on high profile and sensitive access series and single films and has been involved in projects covering topics such as mental illness, sexual offences, and the police. She wants to make films that give a voice to people who often go unheard.

Danielle is a journalist who has been working in documentaries for over six years. As an assistant producer she has worked on access-based and character-driven documentaries about complex and diverse subjects including anorexia and sex trafficking with Louis Theroux. She is currently a producer on Murder 24/7 series for BBC Two. She is passionate about tackling current affairs stories with a documentary approach.

James started his career making branded content before moving into the in-house team at BBC Three. He has been making short form singles and series and for the last four years has developed, directed and edited short documentary formats at BBC Three. His more recent work has been in factual entertainment formats. He thrives on finding new ways to tell important stories across multiple platforms and how to innovate stories for audiences.