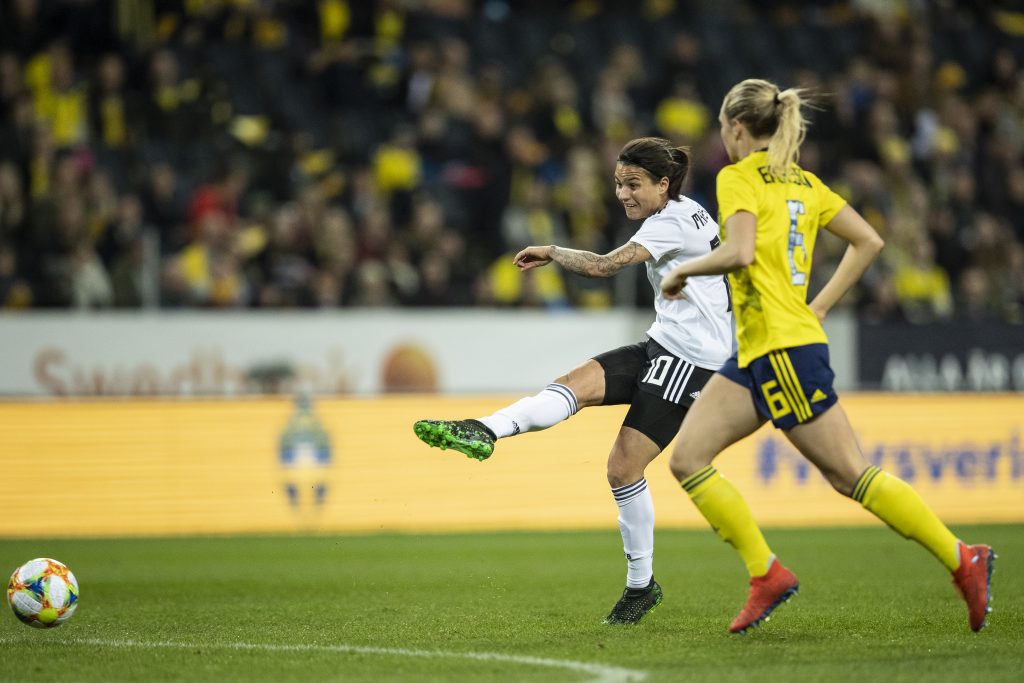 Sports streamer DAZN has scored the rights to the FIFA Women’s World Cup for Germany via a sub-licensing pact with ARD and ZDF-backed rights agency SportA.

The live and on-demand platform has partnered with football brands Spox and Goal to broadcast 26 live matches from across France, including every match from the quarter finals, semi-finals and the 7 July final in Lyon.

DAZN will show highlights of all 52 matches immediately after the end of each game, and will also produce highlights for social media channels.

From the group stages and round of 16, DAZN will broadcast one match per matchday, with Jan Platte providing commentary for highlights and selected live matches from the knockout phases onwards, and Arsenal FC player Tabea Kemme on reporting duties.

James Rushton, chief revenue officer at DAZN Group, said: “The 2019 Women’s World Cup is the most anticipated yet with tickets to the opening match, along with the semi-finals and final selling out within 48 hours of going on sale.

“With this unprecedented level of interest, we’re giving fans in Germany extensive coverage across our brands, DAZN, Spox and Goal, so they don’t miss a moment. With 26 live matches, every one featuring the German team and highlights of all 52, we’ll also produce exclusive interviews and feature content across all platforms to take fans closer to the biggest and brightest star athletes.

“The month-long tournament, featuring favourites from the United States, Germany and England, looks set to raise the bar for the women’s game, and it will be a great addition to our summer line-up of stellar international football.”