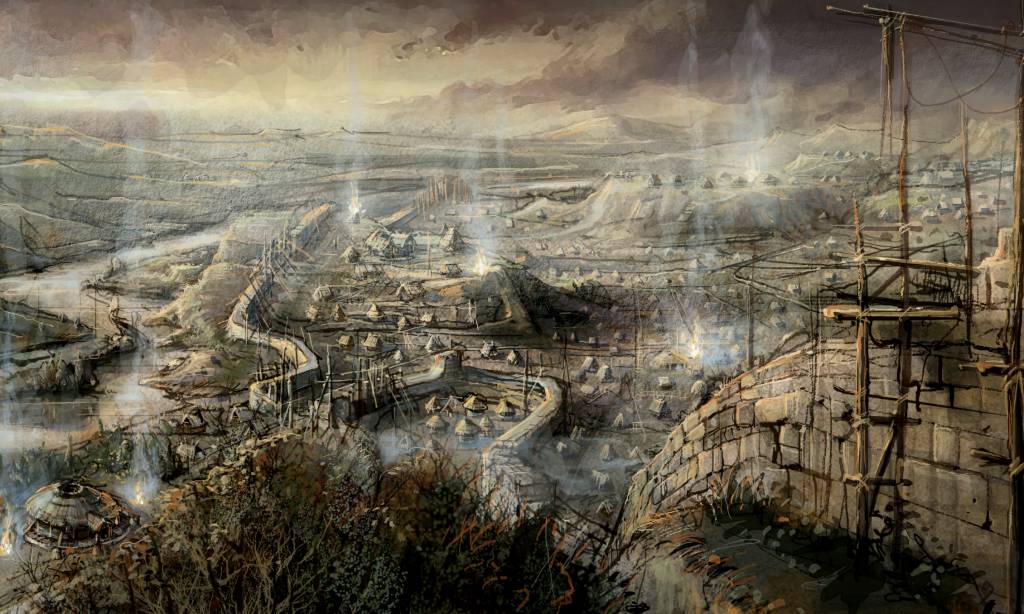 Produced by Sky, ITV Studios-backed Gomorrah producer Cattleya and Groenlandia, the 10-part series will be directed Matteo Rovere and premiere on the Italian pay-TV channel.

Set in eighth-century BC, Romulus details the city’s origins through elaborate settings, with two entire cities reconstructed on the basis of historical research. The programme is also filmed in archaic Latin, with the story told through the lenses of characters Iemos, Wiros and Ilia.

Romulus, which will be distributed internationally by ITV Studios Global Entertainment, is to begin shooting in June through the Lazio region.

Writers on the drama include Filippo Gravino, Guido Iuculano and Rovere.

TBI understands Romulus will TX initially on Sky Italia, and there are no plans yet in place for the show to air across other Sky channels.

Nicola Maccanico, EVP of programming for Sky Italia, said: “We are proud to launch this new project with a talented director like Matteo Rovere, who in a very few years has been able to impose himself on the film scene with his extremely personal, recognizable and successful style.

“And we are happy to do so with a well-established partner like Cattleya, with whom we have produced some of the cornerstones of Italian and international serial production and continue to work on new ideas. Romulus is an epic series in the true sense of the word — an international project featuring some of the youngest and outstanding Italian talents. A project that has at its heart what is perhaps the most recognizable brand of our country, Rome, which is once again set to attract worldwide attention with a great story to tell — that of the founding of the Eternal City and its myth — raw, realistic, powerful. Our history, the most proudly local of all.”

Riccardo Tozzi, founding partner of Cattleya, added: “With Romulus, we want to tell the origin of Rome’s power, and the interrelationship among the main events that made it possible, affirming that history exists because someone first created a story. Such an ambitious project requires the work of an outstandingly creative and motivated team. We have formed that team with Groenlandia: it’s a great experience to work with a talented young director like Matteo, whom we also hold in high esteem as a fellow producer. Key to the project are also the roles of our two great partners Sky and ITV Studios”.

Matteo Rovere, founder of Groenlandia, showrunner and director of the series, added: “Romulus is a story about feelings, war, brotherhood, courage and fear. It is a great, epic fresco, a highly realistic reconstruction of the events that led to the foundation of Rome. But above all it is an investigation into the origins and the profound meaning of power in the West: a journey into an archaic and frightening world, where everything is sacred and people feel the mysterious and hostile presence of the gods everywhere. Working with Sky Italia, Cattleya and ITV Studios, three partners of extraordinary value and extensive experience, seems to me the very best way to embrace this new challenge.”