Transparent TV unveils ‘Trouble with the Tory Party’ for Channel 5 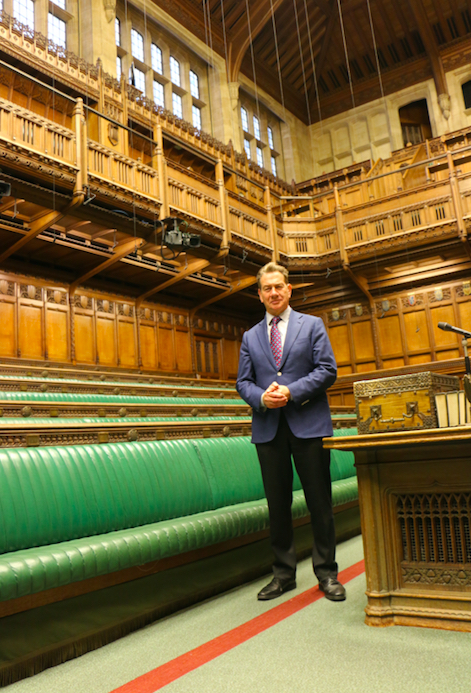 Portillo: The Trouble With The Tory Party features Michael Portillo — a former Secretary of State for Defence and leadership candidate — meeting the leaders, power brokers and party insiders who have attempted to navigate the UK through Brexit, and looking to reveal why the Tory party has grappled with the question of Europe for so long.

Executive producers for Transparent TV are Gowans and Ruairi Fallon.

Portillo said: “Winston Churchill called for a United States of Europe, Ted Heath led Britain into the European Community, Margaret Thatcher said ‘No, no, no’ to European integration, and Brexit has torn the Conservatives in two. This series will explain the party’s hideous ructions over Britain’s place in Europe, which mirror the divisions in the nation.”

The doc was commissioned by Channel 5’s factual commissioning editor Guy Davies, and marks Portillo’s fourth project for the channel.

Davies said: “This is an incredibly timely piece with Michael’s top level insider insight into the political earthquakes that are shaking up British politics, and within the Conservative Party in particular. Who better than Michael to present this series as someone who spent a political career inside the heart of the party.”

Gowans, CEO of Transparent Television, added: “This landmark, authored series sees [Portillo] challenging key politicians – from both today and decades past – revealing the behind-the-scenes story and offering a rare window inside the corridors of power.

“Michael is uniquely placed to explore the issues surrounding the Conservative Party, which has shaped and changed the lives of British people for generations, as well as offering a comprehensive account of its history.”