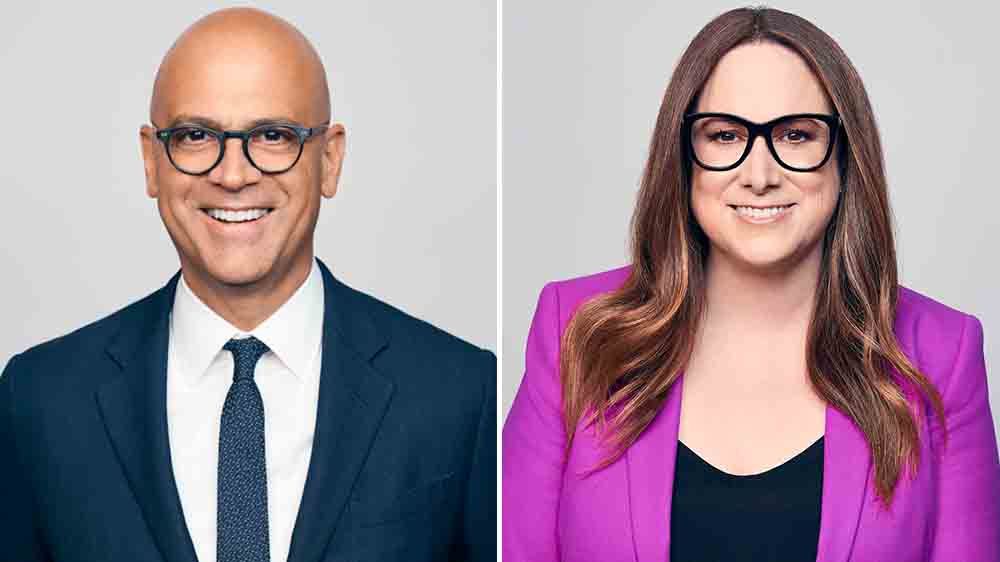 Industry veterans Susan Rovner and Brett Paul have been appointed as presidents of the company’s television arm.

Rovner and Paul will be responsible for the day-to-day management of all scripted TV programming developed and produced by the studio, which amounts to more than 60 current series. They will report to WBTV group president and CCO Peter Roth.

Roth said: “Susan and Brett have been fundamental to the success of the Warner Bros. Television Group for more than 20 years. At Warner Bros., we are incredibly fortunate to be associated with some of the most accomplished writers, producers and creative talent in the world. Through a combination of great passion to discover new material, a world-class collaborative spirit, insightful guidance and a restless vision for the future, Susan has been instrumental in creating an environment that allows these generational talents to flourish.

“As the division’s top negotiator and advisor, Brett’s thoughtful counsel, creative approach to dealmaking, and expansive view of the television landscape has been instrumental to ensuring that Warner Bros. is well positioned for sustained growth and success over the next 20 years, during a time of great opportunity in our industry.”

Rovner will have responsibility for creative affairs at both WBTV and WHSTV. She will continue to oversee WBTV’s drama and comedy development teams, while adding oversight for the current programming group. She will also continue to lead WHSTV’s programming staff.

Rovner said: “I am truly honored and unbelievably excited to have the opportunity to lead the outstanding team we have here at Warner Bros. Television. This Studio has been my home for more than 20 years, and I could not be happier to continue to come to work at such a special place, under the incomparable leadership of Peter Roth. I have spent the majority of my career here, and I am extremely grateful for the confidence Peter has shown in me. Brett and I look forward to helping to write the next chapter in the WBTV success story.”

Paul is tasked with the strategic direction for each division in a multi-platform media landscape. He has direct operational oversight of physical production, business affairs, estimating and administration for both divisions, and shared oversight of divisional legal and finance with Warner Bros. corporate.

Paul said: “For more than 20 years, I have been excited to work with the indefatigable Peter Roth, a team of incredible colleagues, and the talented writers, producers and performers with whom we build deep, protective and long-lasting relationships, and who call this place home. I am thrilled, honoured and humbled by the responsibility and opportunity this new position presents.

“Susan and I intend to continue to build on that momentum, and with the exciting structural changes in our own backyard, we look forward to leading WBTV and WHSTV into a most exciting future.”