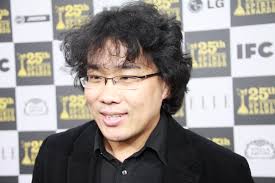 ITVS GE has struck a deal with Huanxi Media Group Limited for the rights in mainland China, where the drama will be made available on Huanxi’s streaming platform.

Snowpiercer is based on the acclaimed film from Korean director Bong Joon Ho, and after a year of delays, is due to launch on US cable channel TBS in the spring of 2020.

Set more than seven years after the world has become a frozen wasteland, it centres on the remnants of humanity, who inhabit a large, perpetually-moving train that circles the globe, and inside which class warfare, social injustice and the politics of survival play out.

WarnerMedia revealed last week that it has already ordered a second series of the drama, which is produced by Tomorrow Studios – a joint venture between CEO Marty Adelstein and ITV Studios – along with CJ Entertainment, who produced the original film.

ITVS GE previously struck a similar deal with Huanxi for World Productions’ Bodyguard, which will also be available on streamer Huanxi.com.

Netflix previously licensed the international SVOD rights to the series outside of the US and China.

The deal with Huanxi Media was brokered on behalf of ITVS GE by Hyeonza Hong, SVP of sales for Asia.