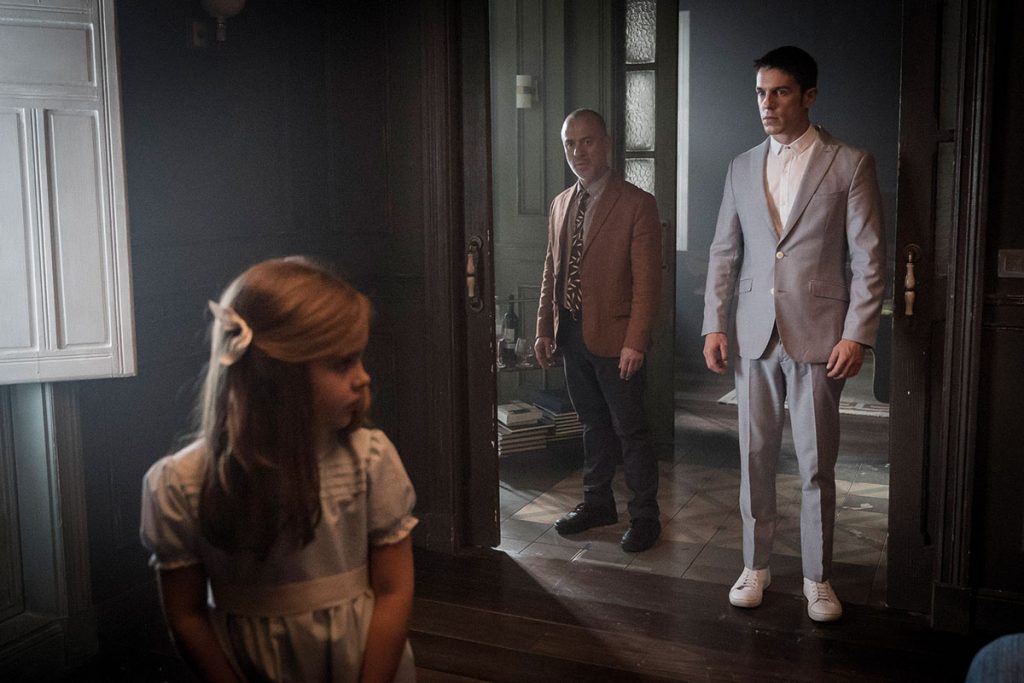 Spain’s Mediapro Studio and Sony Pictures Television (SPT) have struck a co-production and co-development pact, with a 13-part thriller set to launch the deal.

SPT is to produce 13 x 60-minute thriller Implacables – Mexico, which it will also distribute in the US, including Puerto Rico, as well as Latin America and Canada. Meanwhile, Mediapro Studio will shop the title in the rest of the world.

The series is originally based on a project titled 35 Years And Counting from Homeland creator and head of international development for Mediapro Studio, Ran Tellem, and Mariano Baselga. It tells the story of four detectives from different generations who set out to capture a serial rapist who has evaded the law for 35 years, only to have the case lead them to one of the world’s most dangerous human trafficking networks.

Production is scheduled to begin this summer in Mexico City.

Ana Bond, SVP and MD of international production for Latin America at SPT, said: “It’s an exciting opportunity to be able to partner with The Mediapro Studio, a prolific creator of great content. Ran’s ability to create and tell such compelling and thrilling stories is sure to keep our audiences on the edge of their seats.”

Elsewhere, SPT is also partnering with Brazil’s Globo on a multi-project deal to co-develop and co-produce two English-language scripted dramas. A third project is also forthcoming.

The projects will be co-produced with SPT-backed Floresta and Globo Studios – production arm of the Brazilian broadcaster.

The collaboration marks the first venture into English-language drama for both Floresta and Globo Studios.

The first two projects in development are The Angel Of Hamburg and Rio Connection, which are based on true Brazilian stories that highlight the country’s incredible legacy of heroism and scandal on the world stage.

SPT will have global distribution rights outside of Brazil, while Globo is to broadcast the drama on its free-to-air channel in primetime and on Grupo Globo’s platforms.

The Angel Of Hamburg is a limited series based on the life of Aracy de Carvalho, a Brazilian clerk in the Consulate in Hamburg, married to the acclaimed writer João Guimarães Rosa, who secretly helped hundreds of Jews escape to Brazil during the Nazi regime in Germany.

Meanwhile, Rio Connection centers on the true story of the European gangsters who turned Brazil into the most important organised crime hub for trafficking heroin into the US in the 1970s.

Both productions are overseen by Globo’s Monica Albuquerque, head of development, and Silvio de Abreu, head of drama and comedy.

Exec producers include Floresta’s Elisabetta Zenatti and Globo Studios’ Ricardo Waddington. The Angel Of Hamburg is written by Mario Teixeira and Rachel Anthony, while Jayme Monjardim will direct.

Wayne Garvie, president of international production for Sony Pictures Television, said: “We are extremely excited to team up with the production powerhouse, Globo Studios, on these three projects. The Angel Of Hamburg and Rio Connection are the latest examples of our commitment to tell compelling, locally relevant stories that have universal appeal and can resonate with audiences around the world.

“The ongoing collaboration between Sony and Globo to create premium English-language series from Brazil, a real first for both of us, has been a terrific meeting of creative minds, and we look forward to the production phase later this year.”

Carlos Henrique Schroder, CEO of Globo, added: “It is a great honor to be able to create and produce content in partnership with Sony Pictures, one of the world’s leading media and entertainment companies. We are excited to venture into new challenges, exchange experiences with our new partner and potentially tap into new markets.

“The production of The Angel Of Hamburg and Rio Connection is one more step Globo has taken in its pursuit of becoming an international player in the production of high-end drama and short-format content. We believe in the universal appeal of these stories and in the power they have to move audiences on a global scale.”