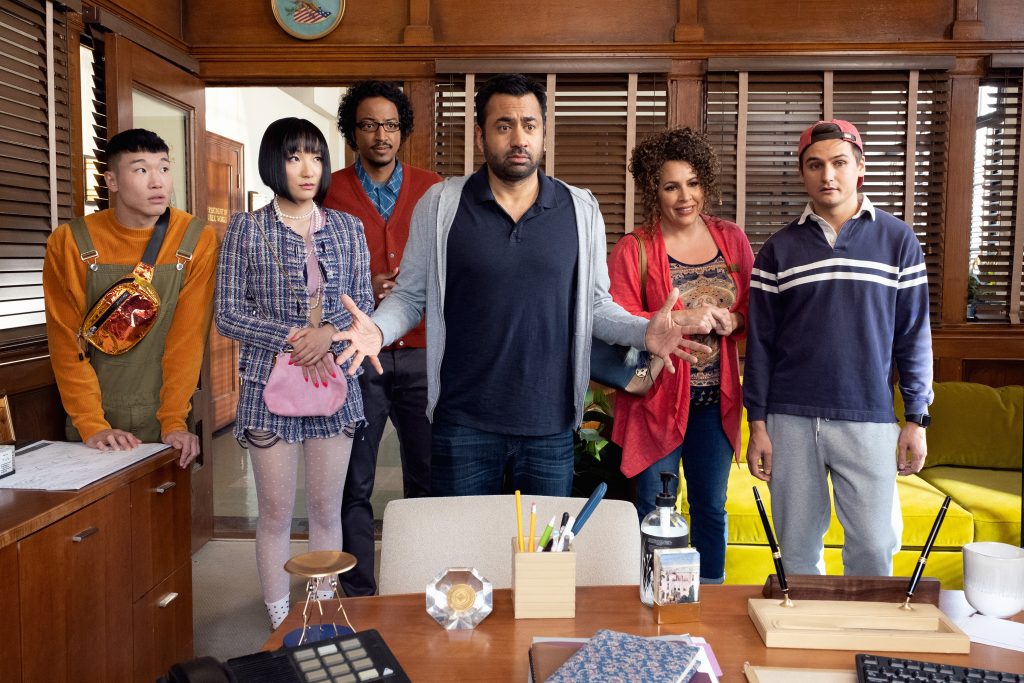 As major US studios prepare to reveal their new scripted wares to international buyers, there is an atmosphere of confusion and disorganisation in Los Angeles as the terms of trade hang in the balance.

It may still be May but June gloom has descended upon many international execs at this year’s LA Screenings, which is wrapping up a week of Independent Screenings and gearing up for studio showcases next week. Around 1,400 global buyers are expected, keen to get their hands on new US content announced at this week’s Upfronts for their channels and platforms.

But exactly what will be available for the picking remains unclear.

Rampant consolidation across the US market and forthcoming launches of studio-backed SVODs such as Disney+ and the WarnerMedia streamer point to a potential “scarcity” of content as studios are expected to hold back key shows for their own services.

While it is largely “business as usual” at the likes of NBCUniversal, where president of global distribution and international Belinda Menendez assures TBI that “all content” will be available, as well as CBS Studios International and Warner Bros. Worldwide Television Distribution – which must prioritise AT&T’s debt reduction ahead of its three-tier streamer – one exec in LA described the scene at Disney as “super disorganised” with some members of the international sales team at one point even unaware that the Mouse House had taken operational control of Hulu.

“Disney is still selling stuff, but it’s likely that a lot of the proper Disney shows will be held back,” said a source with knowledge of the situation.

“They are definitely looking for more flexibility and co-exclusivity. They want to have their cake and eat it, too,” they said, pointing out that the Mouse House still needs revenue, and will likely pursue short-term deals.

Sasha Breslau, head of acquired series for ITV’s linear channels, highlights that there has been a lack of transparency around studio plans in the lead-up to Screenings.

“We haven’t received any advance notice as to whether any or many shows will be off the table,” she tells TBI. “One show I’m interested in seeing is WarnerMedia’s Batwoman, but we don’t know yet whether UK rights are available.”

“We absolutely anticipate a huge amount of change.” 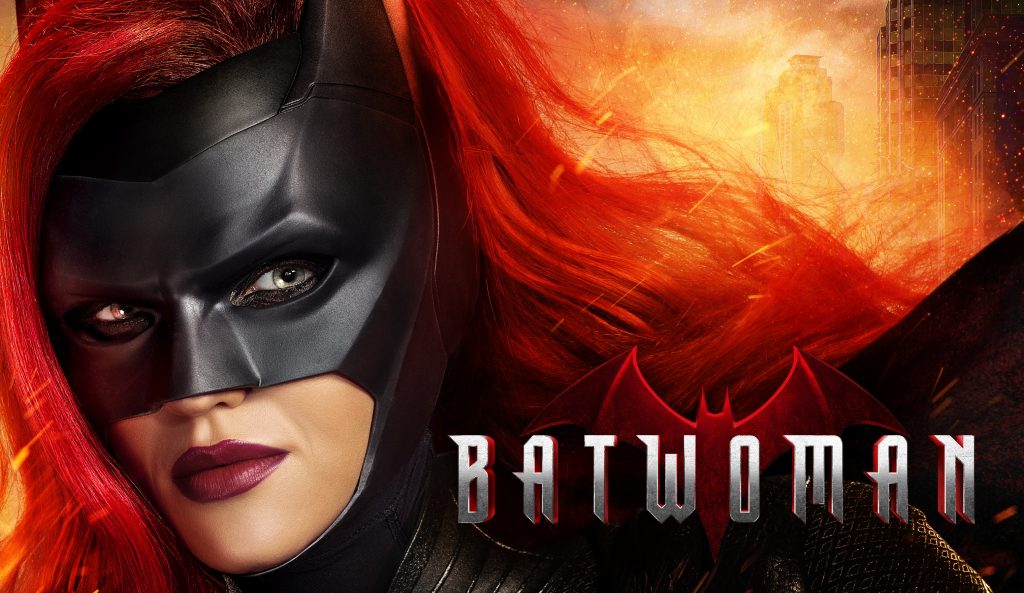 Studio distribution bosses who spoke with TBI remain largely upbeat about the 2019 Screenings, but acknowledge that the rapid pace of change in the market could bring difficulties in the future .

“Giant companies who are going to produce and sell content to their own platforms will keep it all in their own ecosystem and that’s going to be fine except that in the content battle being unleashed right now, that won’t be enough,” warned Keith Le Goy, president of worldwide distribution for Sony Pictures Entertainment, which scored four pick-ups, including ABC dramas For Life and United We Fall, NBC comedy Indebted and drama Lincoln.

“Producing for themselves will get them some of what they need but not enough of what they need, and they won’t buy from or sell to each other because they’re too busy locked in fierce competition to help each other, so there will be this really interesting dynamic where the demand for content is going to be greater than ever because of greater competition, just when the supply of available content may be scarcer than ever.”

Herein lies a golden opportunity for Sony, which “is not competing with anybody and can partner with everybody”, according to Le Goy.

There will be this really interesting dynamic where the demand for content is going to be greater than ever because of greater competition, just when the supply of available content may be scarcer than ever.

Elsewhere, CBS Studios International kicked off Screenings with a major sale to Amazon Prime Video for a Patrick Stewart-fronted Star Trek spin-off – a deal that reflects “an ongoing strategic question of monetisation versus utilisation”, according to boss Armando Nuñez.

“There are other studios going global with a direct-to-consumer offering, and for those of us still licensing content to third parties, that has the potential to make our content more valuable from a supply perspective.”

Still, Nuñez cautions that “we’re in the very early stages of what’s going to be a long evolutionary process.”

The exec adds that new leadership across the broadcasters – the likes of which include Fox’s Dana Walden now at ABC/Disney, NBC’s Bob Greenblatt situated at WarnerMedia, Showtime’s David Nevins running the show at CBS and AMC’s Charlie Collier heading Fox – is “a really good thing”.

“People with experience and knowledge, who are seasoned, are bringing new perspectives,” he says. “We’re excited about the changes we’ve made in our company.”

Cyrus Farrokh, president of distribution, describes the new guard at CBS as a “big change” that is “creating some different opportunities around diverse programming”.

However, there is still an adjustment period in play. “At ABC, with Karey Burke running the channel, there are fewer procedurals and more romantic comedies and dramedies as opposed to the heavy dramas of the last few years.

“We had a show in development at ABC that was a little bit dark, and the things she picked up are lighter with more of a dramedy [feel],” he explains.

Farrokh, who was driving to a Korean showcase when speaking to TBI, reckons buyers are sending fewer people but that Screenings is still “evolving”, with more representation for different territories, such as Russia and Korea, which he calls the “celebrities of this market”. 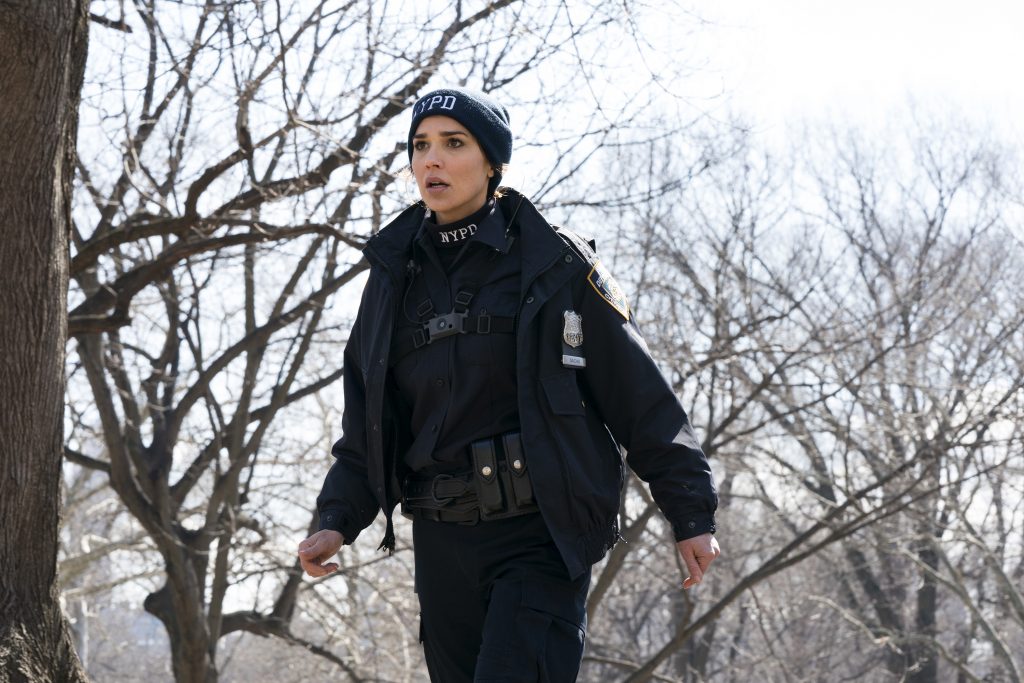 Not all execs are as optimistic. Lionsgate drama exec and consultant Marc Lorber predicts that buyers will send leaner teams in the future purely because of less content available for licensing.

“You just have to believe that [studios’] best product will go to their various tentacles and arms,” he explains.

“There will be lots of teasing of buyers, but the question is whether [studios] are willing to sell a show to them for what they’re offering, and increasingly, as you have foreign buyers asking for greater rights, are they prepared to sell it to them for those rights?”

Lorber gives the example of the BBC potentially asking for a 12-month streaming window for iPlayer.

“It’s all going to get a bit curious. Does the studio still take the BBC linear deal because that’s still a good deal? No, because they’re asking for greater rights, so they will sell to their [own] SVOD player that covers the UK because they don’t want to have [the show] run down by the time they give it to the BBC.”

If they are going to hold back content for their own OTT services, and if I was a broadcaster, I’d be saying, ‘I’m not going to pay you $100; I’ll pay you $60 because that show is going to be on Disney+ in my territory.

Mark Lawrence, executive director of EMEA for Endemol Shine International, used to acquire product out of LA for both Endemol Shine and, previously, NBCUniversal.

His primary concerns revolve around the hold-backs on new content – particularly relating to Disney and whether the studio will put hold-backs against new products headed for Disney+.

“For buyers at LA Screenings, the whole point is to see the brand new shows at basically the same time as the networks so you can make a decision, do a deal and get it in your schedules around September and October.

“However, if there’s a holdback, then a lot of the content that broadcasters would have wanted to launch autumn schedules with won’t be available until, potentially, next year.”

There is also the question of how studios will finance some of these programmes with reduced licensing revenues.

“If they are going to hold back content for their own OTT services, and if I was a broadcaster, I’d be saying, ‘I’m not going to pay you $100; I’ll pay you $60 because that show is going to be on Disney+ in my territory.’

“So, unless a buyer is super desperate, there will be a potential gap there and the studio will have to suck up the cost of not only the commissioning fee from the US network, but also potentially that deficit for their OTT service – that $40.”