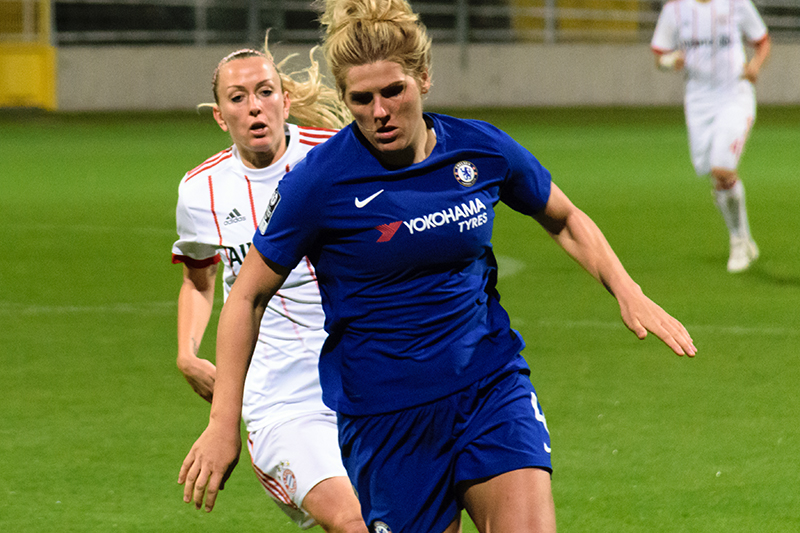 Sunderland ‘Til I Die producer Fulwell73 has embarked on a new sports access documentary series, going behind the scenes at Chelsea FC Women (CFCW).

Filmed over the course of the 2019/20 season, Flying High has the backing and support of Chelsea Football Club. Fulwell has been given access to the club, dressing room, its grounds and its people.

There is no broadcaster or distributor yet attached to the 8 x 60-minute series, although it is bound to attract interest given Fulwell73’s pedigree in sports docs.

Sunderland ‘Til I Die has been acclaimed since launching on Netflix, while Fulwell also produced the 2013 feature doc about Manchester United, Class of ’92.

Flying High will cover pre-season training through to the football season, as well as the FIFA Women’s World Cup 2019, where a number of players from the club will compete on behalf of their countries.

The series is being produced and directed by Alex Sunderland (The Secret Life of 4 and 5 Year Olds, 24 Hours in A&E) and executive produced by Fulwell’s Gabe Turner and Leo Pearlman.

Pearlman, a partner at Fulwell73, said: “While Flying High will be a fly-on-the-wall observational documentary, audiences can expect a beautiful and cinematic series, doing justice to the powerful, human stories at the heart of the club.”

News of the documentary comes as the women’s game is enjoying growing support. In 2018, more than 45,500 fans travelled to Wembley Stadium to watch Chelsea defeat Arsenal Women in the Women’s FA Cup Final. In 2013, just 3,000 people went to the same match.

CFCW’s players, coaches and staff come from around the world – from Germany, US, Australia, South Korea, New Zealand, Switzerland, Sweden, Norway, Finland and the United Kingdom.

Guy Laurence, CEO of Chelsea Football Club, said: “We are delighted Fulwell 73 approached us to make this documentary about Chelsea FC Women. We are extremely proud of the team and everything it has achieved in recent years and look forward to showcasing the incredible talent and commitment of our players and staff to a worldwide audience.”