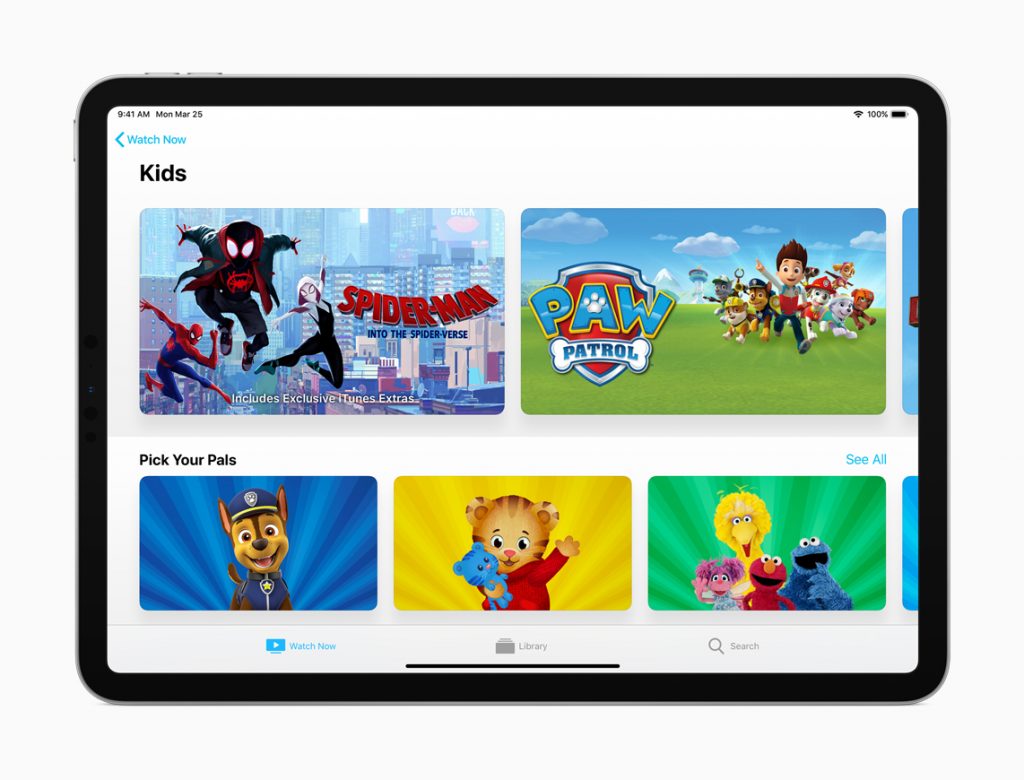 Apple has launched its redesigned TV app, making it possible for consumers to subscribe in one place to channels such as HBO, Showtime, Starz, Smithsonian Channel and EPIX.

The update, which was first announced at an Apple event in March, is now available in over 100 countries. Apple said more channels would be added over time around the world.

Users can subscribe to the channels directly from the Apple TV app, and all content can be watched from inside the app as well – meaning that they don’t have to juggle multiple different apps to watch content.

The Apple TV app is where the Apple TV+ service, with Apple’s original programming, will be found when it launches this autumn.

There will be some limitations, however. Netflix has said it will not be included in Apple’s channels, which means programming on Netflix will appear in search results but viewers will need to exit the Apple TV app.

The redesign is available on iPhones, iPads, Apple TV and select Samsung smart televisions. It will be available on Macs this autumn.

The Apple TV app’s new look is similar to other streaming services, and includes content carousels, tabs and recommendations.

The app offers personalised recommendations of shows and films from more than 150 video apps and streaming services as well as a new Kids section.

Subscribers to the channels can watch and download shows and movies both online and offline. Apple said its TV app is, for example, the first and only place where HBO subscribers can download Game Of Thrones for offline viewing.

Users can also share their subscription with up to five other family members at a time.

It is Apple’s first big push into making money from TV content outside of sales through the iTunes store.

Apple hasn’t said what its cut of revenue from subscribers who sign up to services through Apple Channels will be, but CNBC has reported that the company was pushing for 30%.

Some reports suggest Apple gets 15% of revenues from subscribers who sign up for services such as HBO Now, Netflix other streaming apps through the App Store.