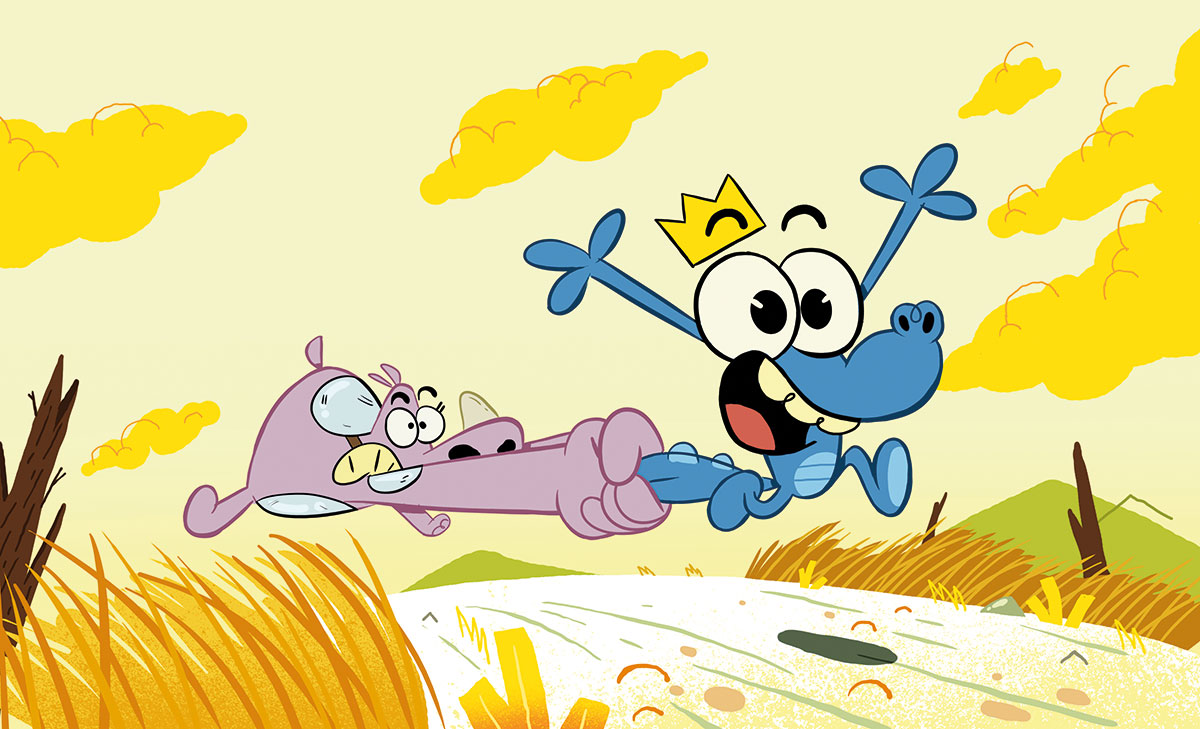 Moka is the highly-anticipated comedy from Xilam Animation, following a young crocodile as he learns to navigate his life as the son of royalty.

The 2D animated series follows Moka, the only son of the King of the Savannah, as he decides to explore his vast kingdom accompanied by Cherry, a strong, brave rhinoceros from the Royal Guard who goes along to assure his protection.

The duo do not get along at first: Moka’s insatiable curiosity and impulsive behaviour often get him into trouble. But, throughout the pair’s adventures, audiences see the two grow and evolve together.

“The story is currently of huge importance as it’s about being kind to each other,” says Marc du Pontavice CEO at Xilam Animation.

“It’s about putting prejudice aside and trying to understand one another’s habits or ambitions. It’s about kindness and how displaying empathy can be rewarding. Kids are very sensitive to these issues, and value heroes who can champion such an attitude.”

Moka has been highly-anticipated since its first presentation at Cartoon Forum in 2017, where it became one of the event’s most attended and well-received pitches. While the 78 x 7-minute series is set to be fully delivered in spring 2020, it has already picked up a string of presales.

Gulli is on board as the show’s French partner, while free-to-air broadcaster Super RTL has pre-bought the series, along with Discovery Italy kids’ channel K2 and DeA Kids. “We have global ambitions for the series because it works as a tale that any kid, regardless of nationality, can relate to. Moka explores the universal balance between two needs that defines childhood: the need for exploration and the need for protection,” adds du Pontavice.

The series was developed in-house at Xilam and hails from director and storyboard artist Andrès Fernandez, who has worked on top kids’ series such as Zig & Sharko and Oggy and the Cockroaches.

“We asked him for a comedy duo series that was in the vein of a buddy movie, but with more heart and emotion,” he says.