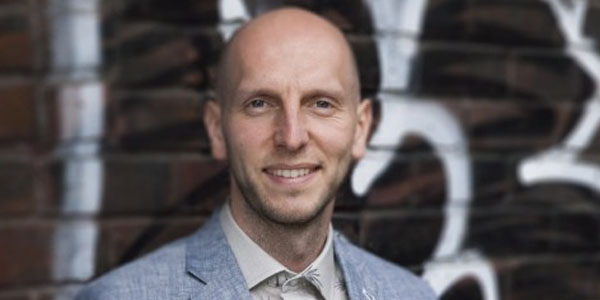 In the new role, he will head up the business’s long-form content development and production studio.

As chief creative officer, Talbot will oversee Beano Studios’ expansion into scripted live-action comedy and drama for teens and young adults. The expansion will build out Beano’s content offering to target streaming services and broadcasters around the world.

Talbot previously served as head of comedy development for Derry Girls and Have I Got News For You producer Hat Trick.

After joining the company in 2006 as a runner, he became development producer in 2007, where he was briefed to bring in new talent and develop youth content for Channel 4 and BBC Three.

In his time at Hat Trick, he developed the BAFTA-winning Revolting and The Revolution Will Be Televised for BBC Two, as well as recently producing Flack starring Anna Paquin for UKTV’s W Channel.

Talbot said: “Beano Studios is a rapidly growing global powerhouse with huge ambition to make smart, contemporary shows that people of all ages can enjoy. I plan to channel the rebellious Beano spirit to create top quality shows to be proud of.”

Emma Scott, CEO of Beano Studios, added: “Mark’s vision, drive and great comedy bones will super charge the development of Beano inspired shows for the early teen and young adult audience, as well as our continued passion for both older kids animation and digital-inspired entertainment shows.”